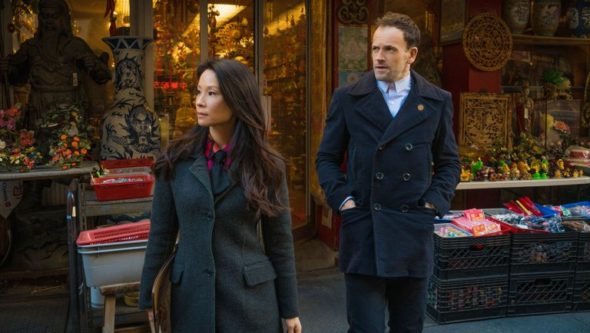 It’s elementary. All things must end sometime and now, the end is in sight for the Elementary TV show. It’s been announced that there won’t be an eighth season but, on the positive side, a seventh season of 13 episodes will wrap up the crime drama. The final year will bring the show’s tally to 154 episodes.

According to Deadline, when Elementary was renewed for a seventh season, it was decided that those episodes would also end the show. Why? It’s surely no coincidence that Liu and Miller’s contracts would have had to be renegotiated. The show’s network ratings have also continued to dwindle but the series is a lucrative money-maker in syndication and in international markets.

“A lot of parties came together and talked about their positions on the show — both in terms of business and in terms of creative — and we all decided that this was an opportune time to say goodbye to a show that has been very, very good to us,” CBS Entertainment President Kelly Kahl said.

Added executive producer Carl Beverly, “[Series creator Rob Doherty] set out to tell a story, and it feels like he has accomplished what he had set out to do. The actors, the crew and the cast feel that way, and we feel that. So are grateful and celebrating what we had and looking forward to the future.”

SPOILER ALERT The cast and crew had been unsure if they would get a seventh-year renewal so they’d already shot the sixth season finale as an appropriate end for the series. While the sixth season finale left our heroes in London, they will be returning to New York early in season seven. Holmes nemesis Odin Reichenbach, to be played by James Frein, will show up in episode five.

There will also be a time jump in the seventh season. Doherty said, “Something that I knew I wanted to do was move forward in time a bit with the characters by the very end… (In the books,) there was a period when Sherlock and Watson were not together, they went down very different paths, and their lives were very different from having been apart. We felt that would be appropriate for our show. A lot was season seven working towards that, how can we tell a larger story that would allow us to devise a finale that sets in not so distant future.”

CBS has not announced a premiere date for season seven but it will surely air sometime in 2019. Season six aired over the summer of 2018, ending in early September.

What do you think? Are you a fan of the Elementary TV show? Are you sorry that there won’t be an eighth season or, is season seven the right time to end the show?

I hope there will be a season 8, if not that, then a spin- off with the main characters perhaps.

I enjoy Elementary and have watched it from the beginning. Imaginative story lines , excellent actors
I hope there will be an eighth season, I am a fan

So enjoyed this series for all seven years and very sorry to see it finish, though it did have an open ending that would allow a come back-wishful thinking!

I’ve been a Sherlock Holmes fan for decades and did not think I would like Elementary.
However, Elementary has been one of my favorite shows! I will miss it. It was great to see Joan have a son, she & Sherlock finally got together without a lot of gush & mush though it took cancer to make it happen, and some other things that were “real life” events. The ending left us wondering many things – we can write our own ending. Thanks for entertaining us for so long!

Really dislike the fact that this show is finally ending, it was a good show, except for the final episode which seemed hurriedly patched together. Still I will miss the characters of Sherlock Holmes and Watson.

So sad to see it end but you might have left it open for more to come ? Getting there jobs back consultanting want to know, love interest with them? Love the show bring it back! Thanks.

It was a great time watching and Brilliant, but not to end. I loved every minute. It is time to go. I have purchased the DVD’s.

I totally enjoyed Elementary and have watched it from the beginning. I would definitely watch season eight as well! Please bring Elementary back for next season!!!

The public is never given a real opportunity to effect the continuation of a TV series they love. Season 7 final episode of the series was no ending. It was rushed & incomplete. Many elements were left unanswered or unresolved. Really, it leaves Holmes & Watson back where they started working for the NYPD; how boring! More than one episode should have been filmed to tie this up & less time on Reichenbach who monopolized more time than the character deserved. The writer’s should have respected Holmes & Watson more!

We never miss watching Elementary and really hate to see it end. The only thing we thought would be a negative to the show is the background (mood) music. It was very difficult to understand what was being said. Either lower the music or increase their mic volume

SO disappointed in the TVSeries Finale! I’ll really miss “Elementary”, but this last show of Season 7 was so lame, like no one really cared, just awful!!!

This show was one of the best on TV.I cannot believe it is over.Terrific story lines and Main characters,Jonny Lee Miller and lucy Liu where a perfect combonation.

I don’t want the show to end. Watson and Sherlock are my “friends”. I enjoy watching them go through their lives, getting in and out of trouble. I like seeing what Watson wears. She’s a real clothes horse. I think that if the actors want to continue it should be done.

It seems today when a show is really good and people flack to it everyone that have something to do with the show get big headed and want to move on to bigger and better things cause that’s what we do we love the show because you are doing a great job yes but if every time things get good producers/directors/actors want to just drop it no matter what the audience think then why should the audience invest time in your next endeavor if as soon as we are enjoying you say bye abruptly with another perfect excuse. Just sad… Read more »