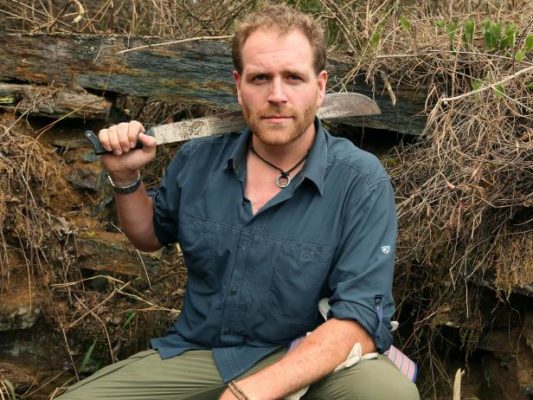 Where’s Expedition Unknown headed to next? This week, Discovery Channel announced new episodes of the TV show will debut later this month.

The travel docuseries follows explorer Josh Gates as he crosses the globe investigating “the truth behind captivating stories, digging through years of historical evidence, facts and myths.”

Get ready for exhilarating expeditions to uncharted territories and to uncover the truth behind ancient legends with top-rated series EXPEDITION UNKNOWN. From a long-lost city hidden in the vast jungles of Guatemala to the hunt for a stolen pair of the iconic (and priceless) ruby slippers from The Wizard of Oz, avid explorer Josh Gates sets out across the globe to investigate the greatest mysteries of all time. EXPEDITION UNKNOWN premieres on Discovery Channel on Tuesday, May 29 at 10 PM ET/PT with part one of a two-part epic adventure, followed by “After the Hunt”, which takes viewers deeper into the investigation and reveals new secrets.

This series kicks off its Discovery debut with a two-part premiere – Josh Gates and his team join noted archaeologist Dr. Richard Hansen on an adventurous quest to the lost-city of El Mirador deep in the Guatemalan rainforest. Their mission: to find the hidden tombs of the mysterious Maya Snake Kings. Archaeologists have discovered that the sprawling ruins of this ancient mega-city are larger than Los Angeles and contain what might be the largest pyramid in the Americas. Josh explores overgrown temples, plaster-paved roads, and evidence of advanced engineering and art. Using advanced laser scanners and remote sensing technology, Josh and his team reveal the secrets of why this incredible civilization suddenly and completely vanished. Their search for the tombs of the elusive Snake Kings leads to a thrilling and dangerous adventure, and culminates in what may be the most significant discovery in EXPEDITION UNKNOWN history.

“Expedition Unknown: After the Hunt,” will premiere at 11 PM ET/PT, immediately following both episodes. The after-specials will expand on Gates’ exciting journey as he and his team dig deeper into their astounding discoveries, further analyze key evidence, and reveal never-before-seen footage from the expedition.

Josh’s unique, deep-rooted passion for off-the-grid adventure takes him to the farthest corners of the world. Whether it’s a fabled shipwreck that might be buried on land in the dunes of Australia, lost Nazi secrets in South America, or the buried treasure of America’s pirate king, EXPEDITION UNKNOWN takes on its biggest adventures yet and brings audiences along for the ride.

What do you think? Are you a fan of Expedition Unknown? Will you watch the new episodes?

I especially Miss Ryder and Jael

Josh Gates is not only entertaing, with a sharp wit, but also one of the few modern day explorers who is unafraid to find answers he seeks. I’ve been a fan of his for 10yrs now. Modern day Indiana Jones!

Fabulous show! I have watched some episodes and cannot wait for more. I greatly enjoy the humor and the enthusiasm for exploration. The variety of subjects investigated is refreshing along with the unique way the episodes are put together. Very appealing and love the humor and history combination! Well done

Great show. It’s a shame the music drowns out the voices on occasions

I have been watching Josh Gates since he first debuted on T.V. I only just found out a day ago that he moved to the Discovery Channel. Really bummed out! Have already missed several episodes.

I like the show, but today I was surprised when Josh said that Christopher Columbus found coffee in his trips to the Caribbean. Who writes for him! Not a historian!

I will and do watch and so far the show that aired june 6 2018 was my favorite!! I can’t find the name of the show though. does anyone have the name of those cards that the show was about or the book??

I believe you are referring to “The Secret,” which is the name of the book with the illustrations and written clues for the hidden treasure boxes.

I would watch this show in a heart-beat, as I have all previous seasons, except that it is now on a channel that requires me to have cable television. To bad, I was so looking forward to the new season.

I would watch if Erin Ryder was in it too. Her and Josh make a good show.

I love this show. I love this show so much that I bought every season on YouTube so I could watch it over and over again. I’m so excited that we have some new episodes to watch. I hope Expedition unknown stays on the air for a very long time!

Absolutely! I have watched every Destination Truth , Ghost Hunter’s episodes he has been in and Expedition Unknown. I have learned so much from all these shows and I even discuss some of the topics with my the younger ones in my family. It is great to hear their input on topic. I love the way Josh narrates but most of all , his sense of humor, which is a lot like mine. I hope he keeps traveling and bringing us all along for the ride for a long time to come!!! And I wish he’d write another book soon.… Read more »

Freaking love this show, but why is it moving from Travel Channel? Is this considered a step up for it since it seems to be moving to the mother ship? If so, congrats Josh!

Karen Delp
Reply to  Naomi B.

Like everyone else who has posted a comment, I am a total fan of the show, and of Josh, who makes the show. I am anticipating going through withdrawal as the Discovery channel totally takes over Expedition Unknown. This show does not get the focus at Discovery as it has on Travel Channel. I now catch the marathon repeats on both channels, but I foresee its disappearing from Travel Channel soon. I even watch all the repeats . . . It is refreshing having an apparently plain-speaking host/narrator with a great sense of humor.