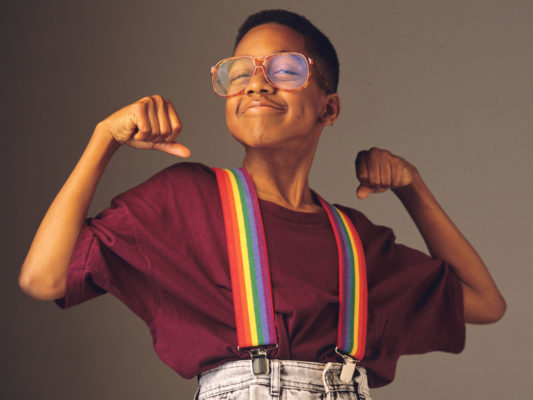 Is Steve Urkel returning to television? TVLine reports the Family Matters character could show up on the Neflix series Fuller House.

Jaleel White portrayed the iconic character of Steve Urkel on Family Matters, which ran on ABC for nine seasons before ending in 1998.

On the season three finale of Fuller House, Steve Urkel’s name is mentioned by DJ Tanner. Urkel, of course, guest-starred on Full House back in 1991. But will Jaleel White reprise the character for the Netflix spin-off? Creator Jeff Franklin says it’s a possibility:

“I loved when Urkel was on Full House, so I’d love to see him back on Fuller House. I’m good friends with Jaleel, and we’ve talked about it. It’s a really big deal for Jaleel to bring this character back, so I’m not sure that he wants to — but if he does decide to, this would be a great way for him to reprise the character. And who knows, maybe that’ll happen. I’d love to see it. I think everybody’s curious about whatever happened to Steve Urkel, so the audience would really enjoy it. We have some fun ideas, so we’ll see how that shakes out.”

What do you think? Do you watch Fuller House? Would you like to see Urkel on the show?

It would be strange if an adult Urkel showed up, but then again his first appearance was weird. Since “Family Matters” took place in Chicago and “Full House” took place in SF, the only way they could get together is that Urkel launched himself in a rocket and crash landed in the Tanner backyard.