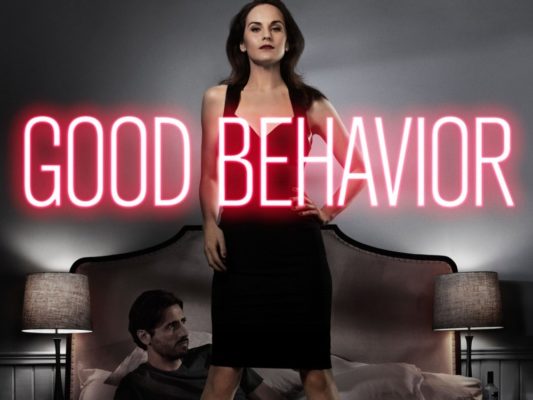 Really love the show. Very sad that you guys canceled. I hope you guys decide to have More seasons.

Like others who’ve commented, I was instantly drawn into the show. I found Letty’s and Javier’s deeply flawed characters and co-dependent relationship fascinating, and the storyline was always intriguing. I’m a confirmed Downton Abbey fan (and ‘Mary’ fan), so it was fascinating to watch Michelle Dockery’s acting as a completely different person, with a very believable American accent. I really looked forward to each new episode, and am sorely disappointed. Please, please, someone pick up this polished gem and keep it going.

At least try to sell it to another network & let someone else profit from it. Any possibility?

I feel the show should have been renewed. I think the characters need a chance at a stable life. I root for them. The plots are unpredictable. The show is always interesting and entertaining. The cast is amazing,and the writing is exceptional

Bring it back! Please!

I love this show! This is devastating. I’m not usually a TV watcher, but these two (Letty & Javier) had me wanting more every week. I could hardly wait till the next episode. Told all my friends and they watched too. I’m seriously sad.

So sad to hear that Good Behavior was canceled. Truly a great show with superb acting and writing. Maybe if TNT had marketed the show better there would have been more people drawn to the show! I hate to invest time into a show without closure.

So true Donna. Networks seem to do that slot.

I loved this show and I’ve been checking constantly for season 3. I looked forward to this every week wow How can I see season 1 and 2 reruns???

Darn it….I have been checking on the next season ever since the last show aired! My friends and I loved this show..it truly should have had better advertising ..the actors were amazing! Too bad the show promoters did such a poor job..it will be missed for sure!

Smart, interesting, one of the few series I’ve watched (besides, news, documentaries, etc). PLEASE bring it back! Perhaps it wasn’t advertised well because everyone I know who’s watched it is a fan!

Please renew Good Behavior! I’ve been checking to see when it would begin and can’t wait for season 3!!!

Love this show!! I tell everyone about it, my mom is even hooked and she is 78 years old!

Please renew Good Behavior my family loves the show. As someone said before Letty and Javier have amazing chemistry.

RENEW! RENEW! RENEW!
Absolutely love this show. I have been telling everyone about this show. Dockery and Botto amazing chemistry. Excellent show. Gripping storyline. Demonstrates how love is complicated, yet beautiful. Ranks right up there with GoT, Homeland and Downton Abbey (Dockery).
Checking every week for updates. Don’t let us down. At least give us an ending worth remembering.
Thank you
Team Good Behavior

Love this show, just watch it once and you will be hooked.

Renew the show! Complicated,great chemistry between Javier and Letty. Looked forward to each episode.