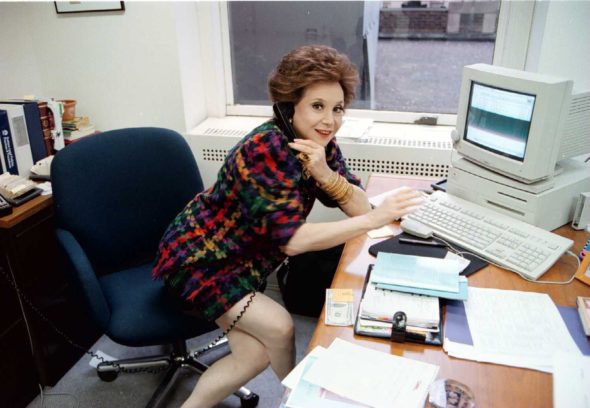 Get ready to dive into the life of Cindy Adams. A new series is coming to Showtime in 2021 that will take viewers inside the life of the popular New York Post gossip columnist. Gossip Starring Cindy Adams is coming from Ron Howard and Brian Glazer.

Showtime revealed more about upcoming docu-series in a press release. Check that out below.

“SHOWTIME Documentary Films today announced a new limited docu-series, GOSSIP STARRING CINDY ADAMS (w/t), profiling the longtime columnist whose work at the New York Post made her the reigning queen of gossip. Imagine’s Brian Grazer and Ron Howard are executive producing, with Emmy and BAFTA(R) nominee Jenny Carchman (THE FOURTH ESTATE) producing and directing. Scheduled to premiere in 2021, the series will be produced by Imagine Documentaries in cooperation with the New York Post. The announcement was made by Vinnie Malhotra, Executive Vice President, Nonfiction Programming, Showtime Networks Inc.

GOSSIP STARRING CINDY ADAMS will chronicle the history and rise of Adams and her gossip columns in Rupert Murdoch’s New York Post, the longtime nexus of New York’s quotidian news. Not only will the project celebrate Adams’ legendary, four-decade career, it will examine the cast of celebrated and often notorious characters that have emerged from her writing, as well as the legacies of other storied journalists within her orbit.”

A premiere date for Gossip Starring Cindy Adams has not been set.

What do you think? Will you watch this new docu-series when it premieres in 2021 on Showtime?