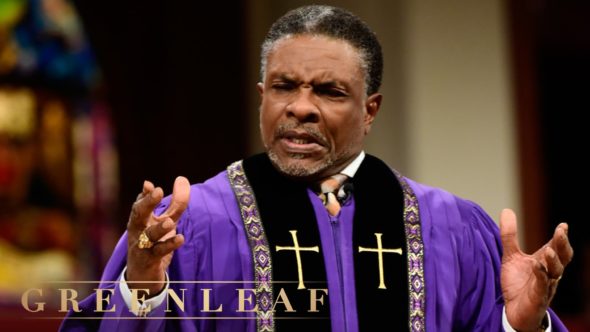 Can I get an amen? OWN has increased the episode order for season two of its Greenleaf  TV show. The Oprah Winfrey Network originally ordered 13 episodes for the second season of the megachurch drama series. The news that OWN raised the episode order to 16 broke last night, during the channel’s Television Critics Association (TCA) presentation.

Greenleaf season one premiered June 21, 2016, but OWN initially ordered season two in April, well ahead of the series’ debut.

Adweek‘s Jason Lynch tweeted the news from the 2016 Summer TCAs.

What do you think? Have you been watching the first season of OWN’s Greenleaf TV series? Do you plan to stick with the show for its second season?

I love this show!! I generally don’t watch — let alone, get hooked on — regular TV or cable shows. But this one, yes! I thoroughly enjoy its’ well written scripts, with meaningful life stories versus the likes of supposed programming, i.e, ‘reality programming’: heads full of straight weaves, babies’ daddies, body exposure, rank lack of communication, etc. Not this time, not with Greenleaf. OWN will tap into audiences that recognize and will flock to the quality and talents of this show. And by the way, I’m not a religious person, and am not bothered by ‘black folks and church’… Read more »

Please keep this show going..there are a few good shows out there..Oprah, please don’t leave us hanging with this series..

GiGi is the Bishop’s daughter but not Lady Mae’s. Mavis, the Aunt is the biological mother. Jacob & Esau: Genesis 27.

Enlightening, entertaining & sounds the alarm regarding the eagle over the house of the Lord. Hope the church is paying attention.

I think Ms Lynn Whitfield is an OUTSTANDING actress. I’ve been a fan of hers since forever. I love love love GREENLIEF. Thank you Ms Oprah Winfrey.

Love Love this show,Thank you Ophra

I am watching the season 1 and trying to catch up I love it.Love it WOW another great series. Way to go Oprah

Love it! Love it! can’t get enough of this wonderful series.

#Greenleaf is a phenomenal show, I am so hooked and ecstatic about season 2.

So excited to hear the show will be running a second season! YAY!

I love this show! I’m ecstatic that season 2 is extending it’s episodes. I look forward to Wednesday nights with OWN!

I love this show!! Incredible writing and acting

Love the show!!! So glad to know it will be continuing!!