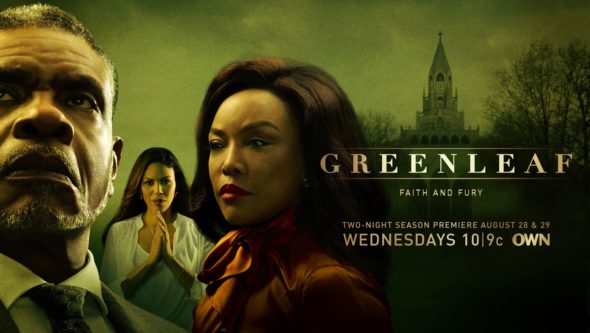 During its first two outings, the Greenleaf TV show has been a top-three performer for OWN: Oprah Winfrey Network. In the third season, does it still have what it takes to maintain its faithful following? Will Greenleaf be cancelled or renewed for season four? Stay tuned. *Status update below.

For comparisons: The second season of Greenleaf on OWN averaged a 0.37 rating in the 18-49 year old demographic and an audience of 1.413 million viewers.

What do you think? Do you like the Greenleaf TV series? Should this OWN TV show be cancelled or renewed for a fourth season?

*9/19/18 update: OWN has renewed Greenleaf for a fourth season. Details here.