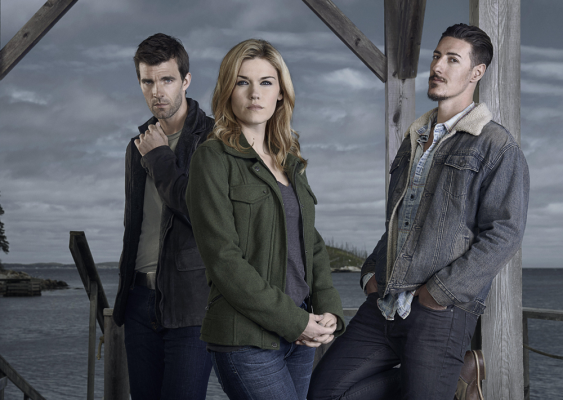 It looks like Syfy is no longer safe for fans of Haven. The cable channel has cancelled the TV show after five seasons. The remaining 13 episodes of season five will begin airing on October 8th.

Last year, the series was renewed for a super-sized fifth season of 26 episodes — double the usual size. This kind of renewal often foreshadows series coming to an end and sometimes allows a studio to produce more episodes without having to renegotiate actor contracts for an additional season.

What do you think? Do you like the Haven TV show? Do you think it should have been cancelled or renewed for a sixth season instead? Would you watch it elsewhere?

Yes, Haven should get another season. My wife and I love it.

Haven was a refreshing new show to binge watch, and I’m sorry it’s cancelled. Was hoping they’d renew it

I think that Haven is a great show. So no… it shouldn’t have been deleted and they should still but the 6th season on Netflix.

Bring it back for season 6!!!! You can’t end it like that I hate when they do that and cancel the series they do it to all the good shows!!

Found this on Netflix and have binge watched. There is so much more of the story to tell. (Though Duke should come back!!) Is watch it wherever even if it meant another subscription!

Haven should not be canceled. I absolutely love the show and the actors and the characters they play.

Absolutely love this show. I wish it would never end!

Love this show. Come on netflix you can get this show if sci fi doesn’t want it. Oh and bring back Duke!!

My sentiments EXACTLY (although Charmed just renewed him for another year). So much story left to tell!

Yes, Season 6 to come back would be great . Awesome great show and I definitely recommend this show.

Season 6 needs to come back and continue with the series. This is a great show and I definitely recommend this show. I’m hooked!!!

They need to make a season 6!!! It is an awesome show

They need to renew Haven for the 6th season I’ve really gotten into it and I’m going to miss all these characters. Just my opinion they really should keep it going.

I loved the show Haven my friends and me got so into it, we had to have a girls night and watch it together at least 3x a week with tacos or popcorn. Then when the series was over we were disgraced. Our favorite character was Duke, most of the time he meant well and when he wasn’t he for sure was funny. Emma always looked out for others and thought of others before herself. She brought out the best in Duke and Nathan. I fell in love with the show last year when I started watching the first season… Read more »

I would love a season 6 of Haven. We have become Netflix junkies and came up on it. We have paced ourselves and now have finished season 5 which was awesome but need a season 6 to wrap it all up.