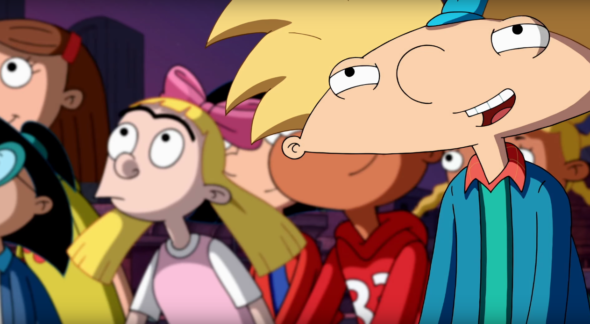 “We call him Arnold: friend to all, force for decency, doer of good.” At Comic-Con this week, Nickelodeon unveiled a first look at their upcoming Hey Arnold! TV movie.

Titled Hey Arnold: The Jungle Movie, the feature-length revival will reunite Arnold and his friends for a new adventure in Central America. The original animated series debuted in 1996 and ran until 2004. The movie reboot will feature the return of Francesca Marie Smith as Helga, Anndi McAfee as Phoebe, Justin Shenkarow as Harold,  Olivia Hack as Rhonda, Dan Butler as Mr. Simmons, and Dan Castellaneta as Grandpa.

Hey Arnold: The Jungle Movie will premiere on Nickelodeon this November.

What do you think? Did you watch Hey Arnold! as a kid? Will you watch the TV movie?