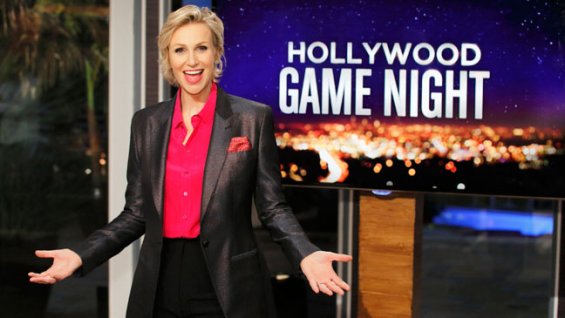 Set the date. This week, NBC announced Red Nose Day will return in May with special episodes of Hollywood Game Night and American Ninja Warrior.

Hosted by Chris Hardwick, Red Nose Day “is an annual event that harnesses the power of entertainment to raise money and awareness for children living in poverty in America and internationally.”

On May 24th, Red Nose Day will kick off at 8 p.m. ET/PT with an all-celebrity edition of American Ninja Warrior and continue at 9 p.m. ET/PT. with a special episode of Hollywood Game Night featuring “Emmy-winning host Jane Lynch and some of the biggest names in entertainment competing to raise money to ensure that children in need are safe, healthy and educated.”

NEW YORK — March 8, 2018 – Two-time Emmy Award winner and comedian Chris Hardwick is back to host NBC’s fourth annual “Red Nose Day Special” on Thursday, May 24 (10-11 p.m. ET/PT). To date, Red Nose Day has raised more than $100 million and has impacted the lives of over 8.3 million children here in America and around the world.

On an action-packed night of programming, some of the biggest names in entertainment will compete on “Celebrity Ninja Warrior for Red Nose Day,” where they will be pushed to the limit in grueling physical challenges all to raise money to support the cause. Later, two teams of stars will face off on a special Red Nose Day edition of “Hollywood Game Night” where they will take on classic “HGN” party games that will test their pop culture IQ. Adding to the excitement, both shows will include live check-ins from Hardwick throughout the night as he gears up for the main event, broadcast live from New York. The evening will serve to entertain and educate viewers while providing many opportunities to support the charity through calls to donate, with money raised supporting millions of children in need in all 50 states and Puerto Rico and around the world.

“Chris’ genuine compassion and good-hearted humor make him ideal to host our “Red Nose Day Special” and bridge the evening’s exciting and purposeful three hours of programming,” said Paul Telegdy President, Alternative and Reality Group, NBC Entertainment. “We are thrilled to once again bring humor and inspiration to our audience in our effort to raise awareness and funds for children in need around the world.”

“We are so grateful to NBC and the entire Comcast NBCU family for their outstanding partnership. This year’s special night of programming really delivers on Red Nose Day’s signature rollercoaster of laughs and tears — shining a light on the children who need our help the most,” said Janet Scardino, CEO, Comic Relief USA.

“Celebrity Ninja Warrior for Red Nose Day” at 8 p.m. will kick off the evening followed by a special edition of “Hollywood Game Night” at 9 p.m., featuring Emmy-winning host Jane Lynch and some of the biggest names in entertainment competing to raise money to ensure that children in need are safe, healthy and educated. “The Red Nose Day Special” hosted by Hardwick will close the night at 10 p.m. All three specials will work collaboratively to celebrate Red Nose Day while promoting donations to the cause throughout the night. Additional participating talent will be announced at a later date.

Red Nose Day is an annual event that harnesses the power of entertainment to raise money and awareness for children living in poverty in America and internationally. NBC’s night of special Red Nose Day programming is a culmination of a seven-week fundraising campaign, which brings together millions of Americans around the country to have fun and make a difference. The campaign’s iconic Red Noses will go on sale Monday, April 2, exclusively at Walgreens and Duane Reade locations nationwide. Talent who have supported the campaign include Julia Roberts, Ed Sheeran, Elton John and many more.

Red Nose Day was created by Oscar-nominated and Emmy-winning writer-director Richard Curtis, (“Love Actually,” “Four Weddings and a Funeral,” “Notting Hill”). It has raised more than $1 billion globally since its launch in the U.K. in 1988.”

What do you think? Are you a fan of Hollywood Game Night and/or American Ninja Warrior? Will you watch the Red Nose Day specials?

I love Hollywood Game Night, so I will certainly tape it and watch it, I don’t watch American ninja warrior but I have watched it and it’s a really good show.