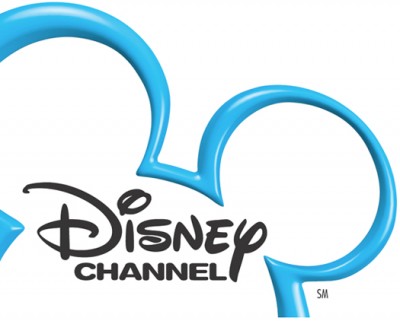 Fast Layne is slated to debut on Disney Channel later this year.

Production is underway on the new Disney Channel live-action limited series “Fast Layne,” a fun-fueled action-comedy executive produced by Matt Dearborn and Tom Burkhard (Disney Channel’s Emmy(R)-Award-nominated “Even Stevens,” “Zeke and Luther”) and set to premiere in 2018. Travis Braun (“Vampirina”) created the series and will serve as co-executive producer and Hasraf Dulull (“Origin Unknown,” “The Beyond”) will direct the first two episodes.

Twelve-year-old over-achiever Layne, played by Sophie Pollono (“The Young and the Restless”), finds her orderly life thrown into a tailspin when she discovers a sophisticated talking car named “V.I.N.” hidden in an abandoned shed. With the help of her eccentric neighbor Zora, played by Sofia Rosinsky (“The Other Side of the Door”), Layne embarks on a high-speed adventure filled with bad guys, secret agents and other surprises to unlock the mystery behind V.I.N.’s creation.

Adam Bonnett, executive vice president, Original Programming, Disney Channels Worldwide, said, “We’re thrilled to be working with Matt, Tom and Travis on this exciting, action-packed journey that showcases two unlikely friends in the driver’s seat of a sentient, self-driving car. This limited series allows our audience to go an adventure with these kids with non-stop action, comedy and mystery in a unique genre they haven’t experienced before on Disney Channel.”

Also starring in “Fast Layne” are Brandon Rossel (“The Outsiders Club”) as Cody, a cute boy at Layne’s school with a talent for fixing cars, and Winslow Fegley (“Teachers”) as Mel, Layne’s nosy younger cousin who is determined to uncover her secret.

“Fast Layne” is a production of Lakeshore Productions, Ltd., a subsidiary of Omnifilm Entertainment, Ltd.”

What do you think? Do your kids watch Disney Channel? Will they be interested in Fast Layne?

My son loves this show and so do I. We binge watched the whole series on Disney plus. I hope they do a second season.

We have been checking periodically for a new Season. Hopefully they put some new episodes soon. My daughters and I love it.

Fast Layne is a wonderful show for kids. This is my 5 year olds favorite show. We need more episodes so we don’t have to keep watching the same ones over and over.

I’ve seen this show a few times. It’s essentially a Copy+Paste ripoff of Knight Rider. Definitely would not recommend.

This is a very cute TV series, if you have a chance please watch.

Absolutely, we need more Disney shows like this one