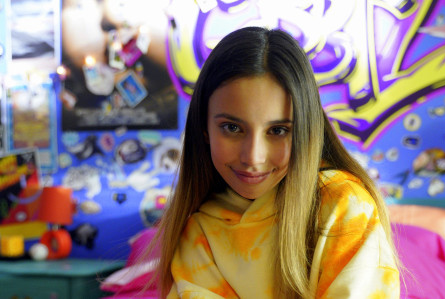 Disney Channel has something new! Deadline reports the network has ordered a new TV show called Gabby Duran & The Unsittables.

Based on the novel by Elise Allen and Daryle Conners, the live-action comedy “focuses on Gabby Duran (Kylie Cantrall), who constantly feels like she’s living in the shadows of her uber-polished, successful mother and whip-smart younger sister. She finally finds her moment to shine when she inadvertently lands an out-of-this-world job to babysit an unruly group of very important extraterrestrial children who are hiding out on Earth with their families, disguised as everyday kids.”

Gabby Duran & The Unsittables is expected to premiere on Disney Channel in 2019.

What do you think? Do your kids watch Disney Channel? Do you think they’ll watch Gabby Duran & The Unsittables?