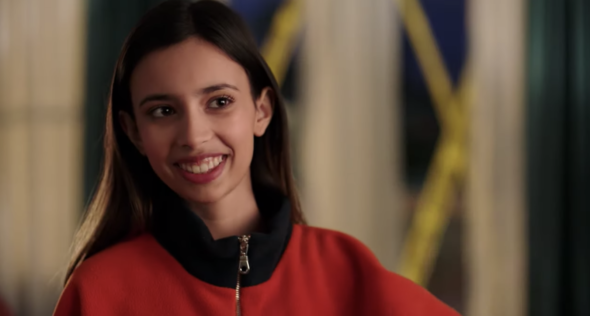 Is this comedy out of this world? Has the Gabby Duran & The Unsittables TV show been cancelled or renewed for a second season on Disney Channel? The television vulture is watching all the latest cancellation and renewal news, so this page is the place to track the status of Gabby Duran & The Unsittables, season two. Bookmark it, or subscribe for the latest updates. Remember, the television vulture is watching your shows. Are you?

Airing on the Disney Channel television network, Gabby Duran & the Unsittables stars Kylie Cantrall, Maxwell Acee Donovan, Coco Christo, Nathan Lovejoy, Valery Ortiz, and Callan Farris. In the series, Gabby Duran (Cantrall) is a 13-year-old who inadvertently lands a job as a babysitter. This is no ordinary babysitting position, however. Though they appear to be everyday children, they are actually an unruly group of VIP extraterrestrial kids in disguise. Resourceful and courageous, Gabby steps up to the challenge to protect these youngsters and their secret identities while proving she’s the best babysitter in the galaxy. Other characters include Wesley (Donovan), Gabby’s best friend and a conspiracy theorist; Olivia (Christo), Gabby’s overachieving little sister; wacky Principal Swift (Lovejoy); Dina (Ortiz), Gabby’s caring and career-driven mother; and Jeremy (Farris), a shape-shifting alien who’s Gabby’s first babysitting assignment.

The first season of Gabby Duran & The Unsittables is averaging a 0.10 rating in the 18-49 demographic and 479,000 viewers. Find out how Gabby Duran & The Unsittables stacks up against other Disney Channel TV shows. (For kids’ programming, the 18-49 demo obviously isn’t as relevant as the total viewer numbers. However, we’re including them so one could compare this show’s numbers with programs on the major networks and other cable channels.)

What do you think? Are you glad that the Gabby Duran & The Unsittables TV show has been renewed for a second season? How would you feel if Disney Channel had cancelled this TV series, instead?