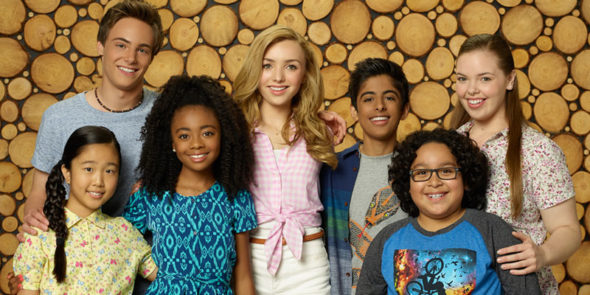 Turns out, Disney Channel is heading back to camp after all. Today, the network announced they’ve renewed Bunk’d for a fourth season.

Earlier, we reported that Disney Channel would not be bringing Bunk’d back for another season. However, it turns out just Skai Jackson and other cast members are leaving the series and season four will feature a group of new campers.

The wildly successful sitcom “BUNK’D” has been ordered for a fourth season by Disney Channel. Production will begin in March 2019 on the series starring fan-favorite Miranda May as Lou Hockhauser, the cheerful Woodchuck counselor turned owner of Maine’s rustic Camp Kikiwaka summer camp. The series also stars Mallory James Mahoney (Disney Channel’s “Adventures in Babysitting”), Raphael Alejandro (ABC’s “Once Upon a Time”) and Will Buie Jr. (“Gifted) as the campers who return with Lou to create a summer of fun and friendship for a new group of young campers. Additional casting is to be announced.

Kory Lunsford, vice president, Current Series, Disney Channels Worldwide, said, “On the heels of a successful third season, we’ve decided that there is more fun to be had at Camp Kikiwaka! We are excited to gear up for another season with the campers from Woodchuck, Grizzly and Weasel cabins as they embark on hilarious new adventures, reunite with beloved characters and meet new ones.”

Created by Pamela Eells O’Connell, “BUNK’D” began as a spin-off to Disney Channel’s hit series “Jessie” (2011-15). Actors Peyton List, Skai Jackson and Karan Brar starred in both series and after 98 episodes of “Jessie” and 58 episodes of “BUNK’D,” they concluded their run on the series. List and Brar also made their directorial debuts with episodes of “BUNK’D.”

“BUNK’D” is from It’s a Laugh Productions, Inc. It carries a TV-G parental guideline.”

What do you think? Do your kids watch Bunk’d? Are you glad it’s coming back?

I wish the same cast was still on Bunk’d

I am 41 yearsold and I love Bunkd its one of my favorite disney tv serifes. Please dont cancell it!! Please keep casting it, heck l would come be a partofit if i could!! Lol

I am so glad bunk’d came back for its fourth season they should have a fifth season also and then end then end the series after the fifth one. Because Disney is canceling all the good shows like andi Mack. And Disney New show that they just brought on is – is just roll with it, old shows ravens home, bunkd (keep it on Disney please ) and Sydney to the max and coop and cami and that’s all the shows that are pretty much on Disney that are not cartoons and bunkd is a really good show if it… Read more »

Felt they removed too many of original characters too fast! No reason Jorge, Tiffany and others could not return. My grandchildren are in camps run by both adults and teenagers! Love the show but feel its missing something this season!