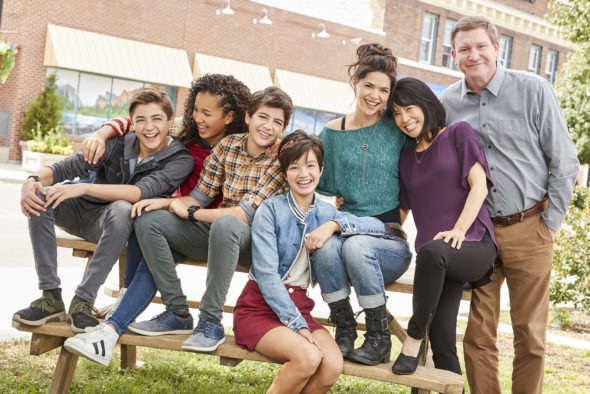 What does life have in store next, for Andi and Bex? Has the Andi Mack TV show been cancelled or renewed for a third season on Disney Channel? The television vulture is watching all the latest cancellation and renewal news, so this page is the place to track the status of Andi Mack, season three. Bookmark it, or subscribe for the latest updates. Remember, the television vulture is watching your shows. Are you?

You don’t have to spend your time wondering if Disney Channel will cancel or renew Andi Mack for a third season. With still half of season two to come, the cable network issued an early season three renewal. I’ll seek my supper someplace else, keep an eye on the trades, and update this page with breaking developments. Subscribe for more free Andi Mack cancellation or renewal alerts.

What do you think? Did you think Disney Channel would renew the Andi Mack TV show for season three? How would you feel, had they cancelled this TV series, instead?

Andi Mack has been canceled. Season 3 will be there last season. I hate Disney now 🙁

If this show was canceled, I would never forgive Disney again.

Don’t cancel it iam a kid and i watch it.