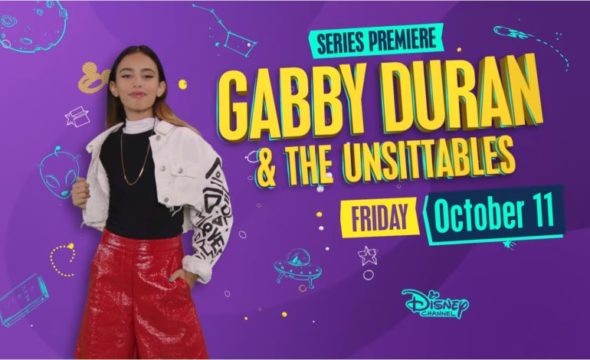 Viewers don’t have to worry about Gabby Duran & The Unsittables being cancelled soon. Disney Channel has already renewed the show for season two. Was that decision premature? Stay tuned.

A sci-fi sitcom, Gabby Duran & the Unsittables stars Kylie Cantrall, Maxwell Acee Donovan, Coco Christo, Nathan Lovejoy, Valery Ortiz, and Callan Farris. In the series, Gabby Duran (Cantrall) is a 13-year-old who inadvertently lands a job as a babysitter. This is no ordinary babysitting position, however. Though they appear to be everyday children, they are actually an unruly group of VIP extraterrestrial kids in disguise. Resourceful and courageous, Gabby steps up to the challenge to protect these youngsters and their secret identities while proving she’s the best babysitter in the galaxy. Other characters include Wesley (Donovan), Gabby’s best friend and a conspiracy theorist; Olivia (Christo), Gabby’s overachieving little sister; wacky Principal Swift (Lovejoy); Dina (Ortiz), Gabby’s caring and career-driven mother; and Jeremy (Farris), a shape-shifting alien who’s Gabby’s first babysitting assignment.

What do you think? Do you like the Gabby Duran & The Unsittables TV series on Disney Channel? Should it be cancelled or renewed for a second season?

Well is it canceled or not that told me nothing