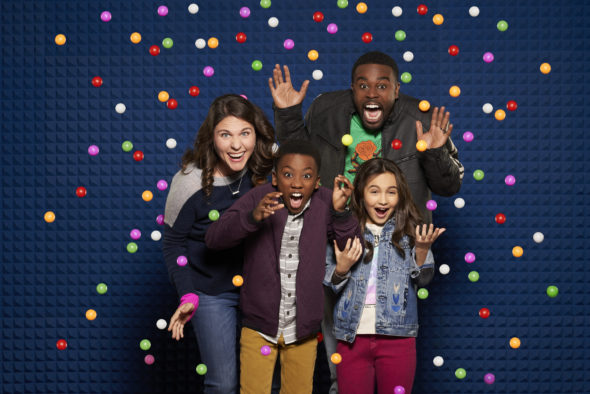 Along with Nick, Disney is one of the few purveyors of live-action scripted series for pre-teens and young teens. With their new Just Roll With It TV show, the House of Mouse is upping the ante, by mixing in improvisation, with a sort of a choose-your-own adventure element for the studio audience. Will home viewers — particularly those in Nielsen households — roll with this new format and make the series a hit? Will Just Roll With It be cancelled or renewed for season two? Stay tuned. *Status update below.

What do you think? Do you like Just Roll With It TV series? Should this Disney Channel TV show be cancelled or renewed for a second season?

*9/10/19 update: Disney has renewed Just Roll With It for a second season.

My 10 y/o and i love this show. It’s great to have a show both of us can enjoy together. Talented actors!