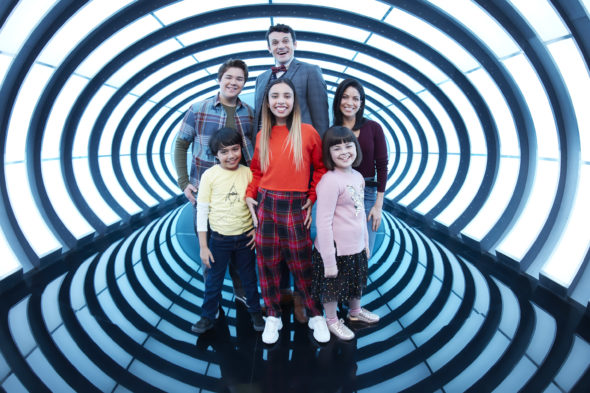 Gabby Duran & the Unsittables is set to premiere its first season on the Disney Channel this Friday, but the network has already decided its fate. Disney has picked up the new series for a second season ahead of its premiere.

Kylie Cantrall stars on this series as Gabby Duran, and the series tells the story of her character as she babysits a group of alien children hiding out on Earth. Production on season two will begin in February.

Disney Channel revealed more about the renewal of Gabby Duran & the Unsittables in a press release. Check that out below.

“Disney Channel has ordered a second season of the interstellar family comedy Gabby Duran & the Unsittables ahead of the series’ launch date on FRIDAY, OCT. 11 (9:00-9:30 p.m. EDT/PDT), on Disney Channel and DisneyNOW. The single-camera series stars actress and musician Kylie Cantrall as Gabby Duran, a courageous 13-year-old girl who inadvertently lands a job babysitting an unruly group of VIP extraterrestrial children who are hiding out on Earth disguised as everyday kids. Production on season two will begin in February 2020 in Vancouver.

Kory Lunsford, vice president, Current Series, Disney Channel, said, “Gabby Duran & the Unsittables gives us a bold new heroine, brought to life by the incredibly talented Kylie Cantrall and our top-notch creative team led by showrunners Mike Alber and Gabe Snyder. We’re thrilled that Gabby’s comedic adventures with her extraterrestrial friends will continue to entertain our audience and deliver a message about acceptance and self-discovery.”

Mike Alber and Gabe Snyder (Kirby Buckets) and Joe Nussbaum (Just Add Magic) serve as executive producers on the series, which is based upon the novel written by Elise Allen and Daryle Conners. Gabby Duran & the Unsittables is a production of Gabby Productions, Ltd., a subsidiary of Omnifilm Entertainment, Ltd.”

Gabby Duran & the Unsittables premieres on Friday, October 11 at 9pm. Check out a teaser for the series below.

What do you think? Do you plan to check out Gabby Duran & the Unsittables on Disney?

I truly hope they renew Gabby Durant…..this show is so original, cute and entertaining! Also…I am a business woman in my 60’s , definitely not a kid, and I STILL think this show is worth watching! I have watched some of the shows from the first season more than once. They make me smile!

This is great news. This is one of the few shows I am looking forward to.