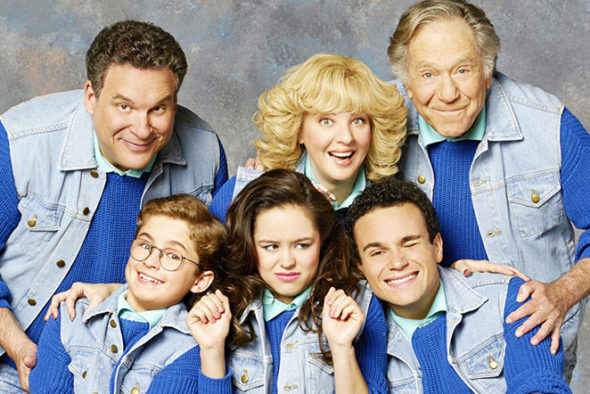 Are you ready for the new season of The Goldbergs? This week, ABC released new details for the TV show’s season six premiere.

Season six of The Goldbergs premieres on ABC on September 26th at 8 p.m. ET/PT.

“The Goldbergs” will once again pay tribute to a hit movie from the 1980s, the iconic John Hughes film “Sixteen Candles,” when the comedy has its sixth season premiere, WEDNESDAY, SEPT. 26 (8:00-8:30 p.m. EDT), on The ABC Television Network, streaming and on demand.

In the upcoming “Sixteen Candles” episode, it’s Adam’s 16th birthday, but his parents are too distracted by Barry and Lainey’s engagement and Erica’s band ambitions to remember their youngest son’s big day. But the situation presents an opportunity for Adam to ask Erica to put him on the high school social map. Meanwhile, Beverly thinks she can scare Barry and Lainey straight with the reality of being adults.

“Sixteen Candles” was written by Alex Barnow and directed by Lew Schneider.

“The Goldbergs” is broadcast in 720 Progressive (720P), ABC’s selected HDTV format, with 5.1-channel surround sound. A TV parental guideline will be assigned to this episode at a later date.”

What do you think? Do you watch The Goldbergs? Are you excited for the new season?

i watch the re-runs but have not watched the new ones.

I love this show and look forward to it every week. Am so happy that it was renewed for another season.