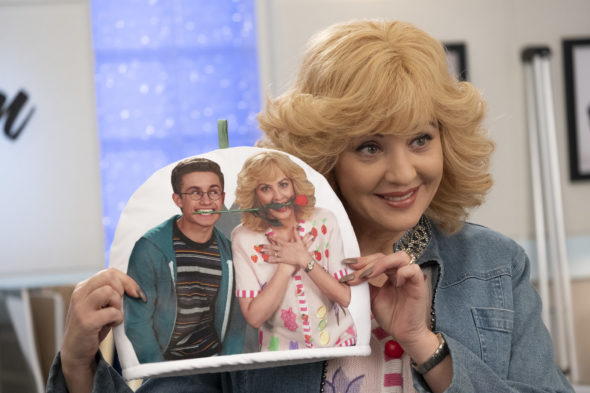 ABC is keeping The Goldbergs in the family. The network has renewed this family sitcom for a seventh year for the 2019-20 season.

The sixth season of The Goldbergs is averaging a 1.19 rating in the 18-49 demographic and 4.92 million viewers. Compared to season five, that’s down by 18% and 12%, respectively.

Of the scripted ABC series that have aired during the 2018-19 season, The Goldbergs ranks fourth in the demo and fifth in total viewers. It’s the network’s second-highest rated comedy series in the demo (behind The Connors) and in third place in viewers (behind The Conners and Modern Family).

What do you think? Do you enjoy The Goldbergs TV show? Will you be watching season seven? How long should this ABC sitcom continue?

My husband and I LOVE The Goldbergs! Not only does it take us back, even though we’re only in our 30’s, but it humorously relates to our childhoods AS WELL as the parenting life we’re living and have to look forward to!

Good call ABC..Love this show…very happy for another season. Cannot ever remember a sitcom where every episode ends with the feel good sensation symbiotic of John Hughes films.

Yes I really enjoy this show because it takes me back to some good memories I had.

Come on ABC… you canceled THE KIDS ARE ALRIGHT & kept this idiotic mess? Go figure.

This is the best Family sit con on TV. Very a family based and very funny.