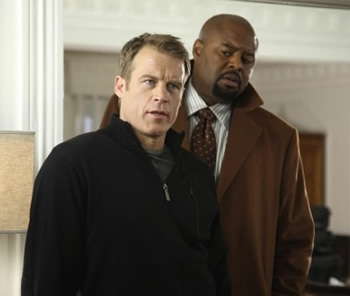 ahhh please dont cancel human target! I adore this show, and it would be a shame to cancel it! it feels like it just started! Please dont cancel, the show has so many fans.

I love Human Target. It is the best show on televisoin. Hopefully, it will return to its regular time slot next week. It’s been difficult trying to determine when it will be on. Please renew it for next season.

Human target had become my favorite show. I agree with the addition of the new characters. It gives the show more complexity while still maintaining it’s action draw. The Wednesday time slot was perfect for the show. Moving it to Friday was a big mistake. However, if I’m unable to see it on Friday, I record it and watch it later. With that said, I must say that canceling the show would be an even bigger mistake. DO NOT CANCEL.

I love human target. Best show on tv. Action packed but not trashy. Liked it better last season before expanding the cast. Too many cast members. Not enough time on Mark Valley .

We like some others were very DISAPPOINTED that we lost the Human Target programming on Wed. It was the only show that we really looked forward to on Wed. or any other night for that matter. It was so well written and the actors
were perfect for their characters!!! PLEASE DO NOT CANCEL

Of all the shows that are on Fox, Human Target had not only romance, total action, great casting, but humor all rolled into a fantastic show. Who would not want to watch Mark Valley every week. He was great in Boston Legal and Human Target is fabulous and so are all supporting actors. There is too much garbage that is left on TV season after season and then all the good shows like Human Target are moved around and canceled!
I can’t wait to see another show to make a senior citizen happy every week!