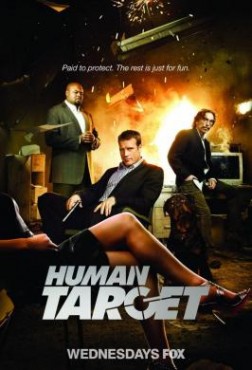 Amazing Series!!!! It should be brought back in 2019 as ‘Human Target-Reloaded’!! Love all the characters esp Mark Valley – Mr Chance. Its a brilliant story line like the other great recent tv series like Blacklist, etc.

We love Human Target. We watch the 2 seasons one a year. Great show.

The show has a good story line and good action get it back. Reboot now please

I’m really disappointed that this season 3 has been cancelled I love this movie very much and it shocks me to see this happened.why did you let this interesting series movie cancelled?????????? Plz try to solve the issue

Get the damn show back
Its awesome

I agree. Great show. Good action. Like able characters. Why would you cancel? Have u seen the trash that’s on tv

Seriously guys , what is in your brain?
I just cannot understand why every time there is a good series and you guys decided to chop it off.
Arghhh..
This is a bloody good series.
Bring it back .

get this damn show back, loved it..