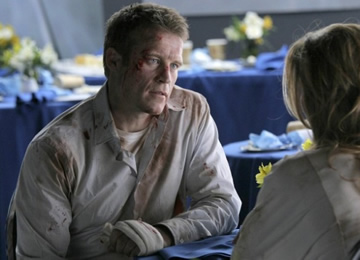 i urge the writer to create a backbone story in addition to the heroic acts like chance’s past hunting him, something to incite anger and suspense and bring a thrill

The fact that Fox programing prefers cartoons over quality shows like Human Target says a lot about the people running that network.