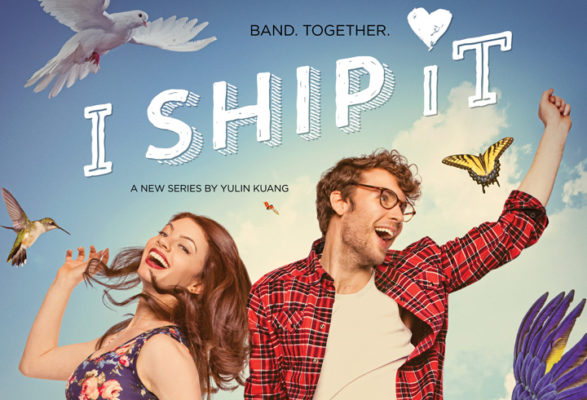 Usually, a writer pitches an idea to a network. If they like it, they’ll develop it. If that step goes well, they’ll shoot the pilot. If it pleases the network, they order it to series. Some programs take a different path to air. Such is the case with the new I Ship It TV show. It was originally developed as a web short, and then CW Seed, The CW’s streaming platform, ordered the first season. The network was impressed enough that they ordered a second season for broadcast. Will their faith in it pay off? Will I Ship It be cancelled or renewed for season three? Stay tuned. *Status update below.

A CW musical comedy from creator Yulin Kuang, I Ship It stars Helen Highfield, Riley Neldam, Yasmine Al-Bustami, Jazz Raycole, Kristen Rozanski, Marissa Cuevas, Ethan Peck, Gita Reddy, David Witts, and Gabriel Freilich. The action centers on Ella (Highfield). Although she works at a boutique shipping agency with her boyfriend, Tim (Neldam), she doesn’t exactly feel like she’s realizing her dreams. Ella is an aspiring writer and devoted fan girl of the show Superstition, about which she’s been known to write fan fiction. After a chance visit to the set, Ella quits her job and joins the production as a PA. Now her personal and professional lives and smacking up against one another in new ways.

What do you think? Do you like the I Ship It TV series on The CW? Should it be cancelled or renewed for a third season?

*9/2/19 update: The CW pulled I Ship It after only two episodes had aired. The network released the other four episodes online. It seems unlikely that I Ship It will be renewed for a third season (at least for regular television).

i went to cw seed and just browsing thru… glad i happened on it. it’s something new to me. i spend most time on gritty shows. this is lighthearted. reminds me of good place. i love it.

It’s rather sweet and charming. Perfect for a summer evening.