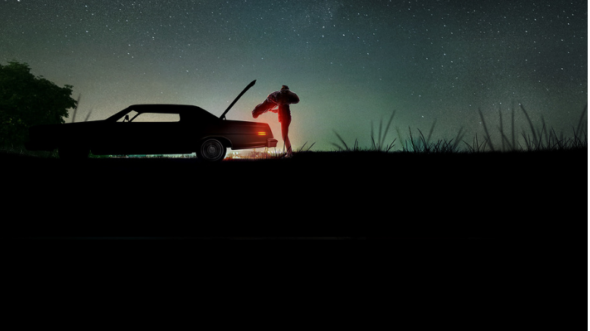 “There are far more serial killers than we ever imagined in our nightmares.” A&E has released a new preview for their upcoming series The Killing Season.

The docuseries follows filmmakers Joshua Zeman and Rachel Mills “as they investigate one of the most bizarre unsolved serial killer cases of our time — ten dead sex workers discovered on Gilgo Beach, Long Island.”

The Killing Season debuts on November 12th at 9 p.m. ET/PT.

‘”The Killing Season’ takes viewers on a chilling ride through the unknown and is a perfect example of impactful storytelling that drives the cultural conversation,” says Elaine Frontain Bryant, EVP and Head of Programming, A&E.

Working with amateur cyber-sleuths, Zeman and Mills uncover a web of eerie connections to unsolved murders from Atlantic City to Daytona Beach and beyond — revealing that serial killers are targeting sex workers in record numbers, while using the Internet as their virtual hunting ground. Many of the victims, often referred to as the “Missing Missing,” are never accounted for and their murders are far less likely to be solved.

This gripping eight-episode series is a deep-dive into a world of serial murder rarely seen before, going beyond pop-culture stereotypes to expose a real-life American nightmare. However, with the help of Websleuths.com and data journalists, Zeman and Mills learn that everyday citizens can make a difference — by uncovering clues that police cannot, in hopes that one day, “The Killing Season” will end.

What do you think? Are  you a fan of true crime series? Will you watch The Killing Season?

Yes, please bring this back. The 200 current active killers dumping bodies on highways angle was jaw dropping television! You can not leave us hanging!

Please bring back The Killing Season for a second season. I loved the first one and binge watched the whole thing! It is very informative and it is local. I live near where those girls where found. Please lets have a season 2. Thank you so nu

Please bring back this show for at least another season. I really enjoyed it even though it scared the you-know-what out of me. I was impressed by the Murder Accountability Project and all their research. It would be awesome to see the different police departments work together and minimize dirty politics which seem to plague so many jurisdictions. Well done A&E

Love this show. It’s local and it touches home. I curious how they have linked murders across the usa. I was looking forward to the next season! I hope they reconsider.

I loved The Killing Season. It was very enlightening to see a comprehensive documentary that covered different areas of the country and interviewed everyone from the girls on the streets, to truckers, to profilers, convicted killers and, occasionally, police. It’s shocking to see that unpaid individuals know more about what’s going on than the police.
Please bring this show back for a second season. It’s just the information I needed when my daughter was younger and thought all people were nice.

Please keep this show, it’s an incredible show. Very much needed to get the message out that these women are missing. Their lives should be honoured.
The police dept. have to come connected.

This is an amazing show. Please continue thus show. I’d like to know who killed the other ladies. Their families deserve justice for their dead relatives.

Check out this interview with Josh & Rachel, a behind the scenes look Inside the Killing Season http://hecklerkane.com/2016/11/inside-killing-season-ae-josh-zeman-rachel-mills/

I wish it came on everyday. A&E out did there selves with thise seris, they knocked it out the park

I LOVE watching the killing season. I wish it would come on everyday. A & E knocked it out the park with seris.

I love the killing season show. I think its good that someone chose to do this show. Prodtitues are people too, not inhuman, they deserve to have their killers brought to just, not just end up a cold case. Myself being an ex-prostitue, the show reminds me of what I never want to go back to.

Love this show! Hope it continues.

Great series and I hope it continues! The stories need to be told and maybe the police depts will get some leads from this series and follow up on them!

This series was fabulous.. Great documentary. THESE STORE NEED TO TOLD. THANK YOU A&E.