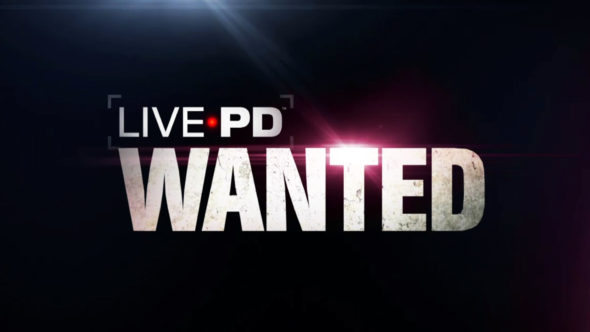 Live PD: Wanted is staying on the hunt for the bad guy. The series has been renewed for a second season, which will arrive later this month. This announcement comes after tips by viewers led to the arrest of a fugitive.

A&E revealed more that arrest and the renewal of the series in a press release. Check that out below.

The announcement was made the day after the arrest of Melody Bannister by the U.S. Marshals Office and the Hendricks County (IN) Sheriff’s Office.

“Tips that were submitted on the night Live PD: Wanted aired on December 12th drove the investigation into the direction which ultimately led investigators to Melody Bannister and her children’s location,” said Senior Inspector William “Hank” Martin, U.S. Marshal.

Bannister, who was featured on the December 12th episode of Live PD: Wanted, had abducted her four children and had been on the run since June 14, 2019. She was apprehended in Hendricks County, IN, and the children were found safely. Bannister was wanted on one count of violation of a court order, four counts of abduction and one count of filing a false police report.

Hosted by Tom Morris Jr. with analysis from crime journalist Michelle Sigona and Sheriff Mark Lamb of the Pinal County Sheriff’s Office (AZ), Live PD: Wanted enlists the Live PD Nation and the public for tips and leads to track down suspects on the run from the law. Each week, camera crews ride along with America’s police departments, sheriff’s offices and federal task forces on their hunt for fugitives. Tom, Sheriff Lamb and Michelle break down the cases and activate the Live PD Nation to solve them.

Live PD: Wanted is inspired by Tom’s signature “Wanted” segment that airs on Live PD. Viewer tips have led to the apprehension of over two dozen dangerous fugitives across the country.

Check out a trailer for season two of this series below.

I despise bad guys, love this show. It’s like watching an updated version of America’s Most Wanted but better!

I deplore bad guys, love this show. It’s like watching an updated version of America’s Most Wanted, but better!

I don’t like this spin-off. I find something else better to watch.

Live PD is the best on TV. I don’t like the spin-offs though. Things move too fast and when there’s a written message, it’s not on long enough to read it.