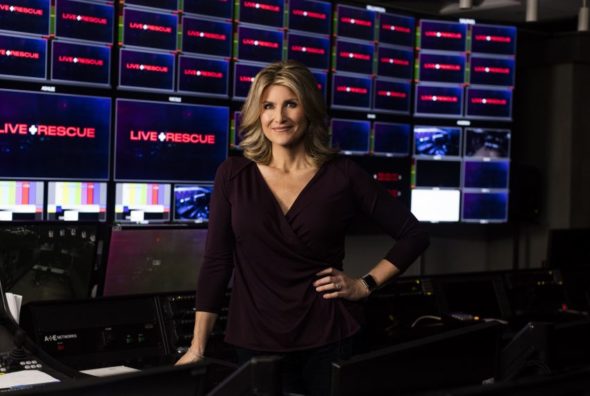 Hosted by Ashleigh Banfield, the live docuseries “follows first responders from across the country as they bravely put their lives on the line responding to emergency rescue calls.”

A&E has ordered 10 more episodes of Live Rescue, bringing the season one total to 19 episodes. Live Rescue airs on A&E on Monday nights at 9 p.m. ET/PT.

“The initial response by viewers to ‘Live Rescue’ has been extremely rewarding,” said Elaine Frontain Bryant, Executive Vice President & Head of Programming, A&E Network. “This is a challenging show to produce, but our incredible partners at Big Fish have once again made it possible for viewers across the country to see the work of first responders and the challenges they face every day in real-time through this groundbreaking series.”

“Live Rescue” is the second live franchise from A&E and Big Fish Entertainment, after the smash hit “Live PD,” which follows diverse law enforcement agencies across the country as they patrol their communities. “Live PD” is cable’s #1 justice series and the #1 show on cable on Friday and Saturday nights.

What do you think? Have you seen Live Rescue? Do you want a second season?

I would love at least one more season of Live Rescue. It’s a great show.

I love Live Rescue and Live PD on A&E. I never miss a minute of either one.
I get withdrawal symptoms when they go on hiatus. 🙁

I love Live Rescue on A&E as well as Live PD. I get withdrawal symptoms when they are on hiatus…:(