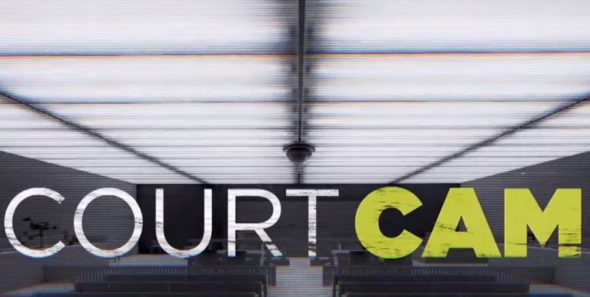 A&E viewers will soon get another look into the American justice system. Court Cam is the latest television series picked up by the network. From Dan Abrams, the host of Live PD, viewers will see the inside of a court room as real cases are being decided. The series arrives on December 5.

A&E revealed more about the new series in a press release. Check that out below.

From frightening outbursts to furious judges, Court Cam gives viewers an in-depth examination of some of the most stunning and emotional courtroom moments caught on camera. Hosted by Dan Abrams, each episode will include interviews with judges, witnesses, and victims who give a first-hand account of what really happened during these intense courtroom moments. This comprehensive look at how the action unfolds allows viewers to sit in the courtroom as they witness crazy courtroom moments from the most high-profile trials to minor court proceedings.

“I have covered trials for my entire career, and even I was stunned by many of these remarkable courtroom moments… then getting to talk to the people involved from heroes to victims was as enlightening as it was humbling,” said Abrams about the new program.

“Court Cam furthers our exploration of all facets of the criminal justice system with Dan Abrams. Not only is he a trusted voice to our audience and all Live PD viewers, but his legal expertise makes him the perfect host to provide viewers with an all access look into unbelievable moments in America’s courtrooms,” said Elaine Frontain Bryant, EVP and Head of Programming, A&E Network.

A&E also released a preview for the series.

What do you think? Will you add Court Cam to your docket in December?

This show is so fake ! They show the mayor in court , the women in black turns to walk out past the lady in a cream colored suit seated by isle , the one taps her on back of head with a magazine and I don’t think she made contact , her head didn’t move ! Hesitates the lays on floor in agony ??? Please !!

This show was made just so more commercials could be shown. I dont find this show very entertaining and I doubt there will be more than two seasons, I hope there are mo more seasons. COMMERCIAL TELEVISION.

the Montana State I love love love Court cam my only complaint is that it is not long enough and not enough episodes. May I also say I love PD cam

I love love Court Cam …my only complained t iis there is not enough of it! May I also say I love PD cam as well

Enjoy the show but the back ground music is to loud

Great will be watching ,the only thing is the background noise is to loud

Really enjoy the show but they need to turn the music down so you can hear Dan and others talk. We watch all of the shows.

The music destroys the show. I can not hear most of what is said.

I am HOOKED! Watch every day till…there is no mo!

Funny how he talked trash about Court TV having their time and it had passed, before it was resurrected. Now we see why.
Personally I can not wait until they run all of the Live PD straight into the ground with over exposure.

Can’t wait I watch all live PD shows I am hooked !

Can’t wait. Love Dan Abrams and his gang. We watch all of the Live PDs.