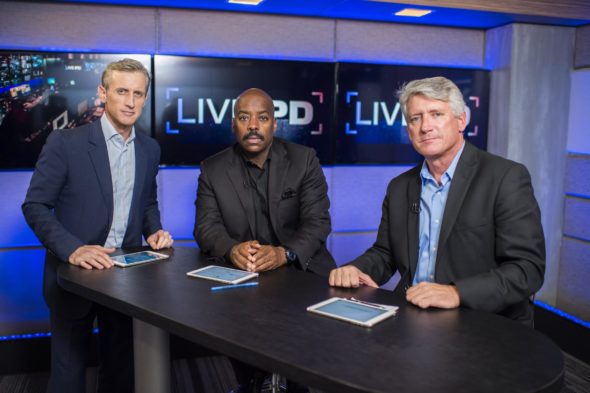 Live PD and Cops are taking some time out. A&E and Paramount Network have pulled new episodes of the cop TV shows, Variety reports.

Live PD, which airs on A&E, “showcases the policing of America, following diverse police departments from across the country in real time as they patrol their communities.” Meanwhile, the long-running series Cops follows police officers and sheriff deputies during their line of work. The show airs on Paramount Network and is headed into its 33rd season.

A&E released a statement saying they are pulling this weekend’s broadcast of Live PD out of respect for George Floyd and many others’ families:

Out of respect for the families of George Floyd and others who have lost their lives, in consultation with the departments we follow, and in consideration for the safety of all involved, we have made the decision not to broadcast ‘Live PD’ this weekend.”

Similarly, Paramount Network has pulled the June 8th season premiere of Cops in light of ongoing protests against police brutality. A new date has not been announced and the series does not appear on the network’s website.

What do you think? Do you watch Live PD and/or Cops? Should the series continue?

This show was great. Not everyone is anti cops.

They need to put Live PD back on!!!!! The show has nothing to do with Floyd’s death!!!