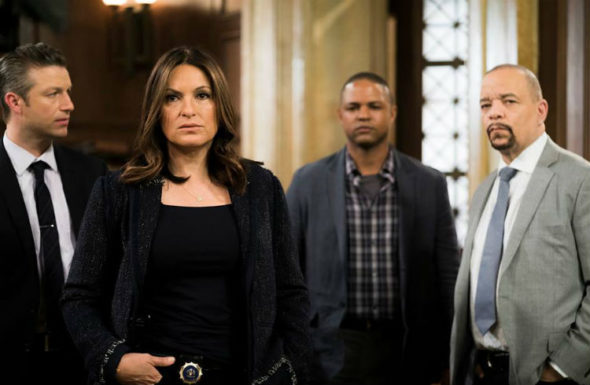 Law & Order: SVU is borrowing from current events once again. Deadline reports the NBC series will air an episode based on the recent Harvey Weinstein scandal.

The upcoming episode of Law & Order: SVU will explore the recent Harvey Weinstein sexual misconduct scandal, but it will stray from reality a bit. Instead of being set in the entertainment industry, the episode will take place in the airline industry.

It’s a real important episode about the rape culture in an industry, and we wanted to try stretch the law to criminalize that sort of environment.”

What do you think? Do you watch Law & Order: SVU? Are you enjoying 19 so far?

It’s a real important episode about the rape culture in an industry, and we wanted to try stretch the law to criminalize that sort of environment.”________For extreme offenses, absolutely! An extreme offense is if the culprit actually commits physical assault. But the offense has to be outrageous. We can also go too far in that direction and start charging people if they were to say “hello” to a member of the opposite sex. That would be the other extreme.

Been a fan of the franchise from Day 1, especially SVU! One of the coolest musical openings in TV history.

Looking forward to this – love episodes that are based on true events.