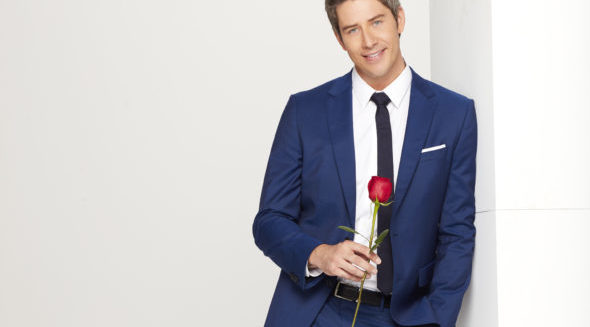 The Bachelor will return with a new search for love in January, but the series will air a countdown special next month! Fans will get to look a look ahead at the new season of the reality series.

ABC revealed more about the special in a press release. Check that out below.

“Join Chris Harrison for a one-hour special season preview, The Bachelor: Countdown to Arie, airing MONDAY, DEC. 11 (10:00-11:00 p.m. EST). For the first time ever, Bachelor Nation will get an intimate, behind-the-scenes look at Arie Luyendyk Jr.’s life, his family and his love of racing.

Travel back to Arie’s memorable journey to find love with one of America’s favorite Bachelorettes, Emily Maynard (now Emily Maynard Johnson). Five years ago, Arie fell madly in love with Emily and was ready to get down on one knee to propose when his heart was broken. Relive one of the most heart-wrenching breakups in Bachelor history and discover how Arie finally got closure.

Arie’s father, two-time Indianapolis 500 Champion, Arie Luyendyk Sr., will weigh in on his son’s decision to find love again as the Bachelor. Arie admits that Emily was his last true love, and he will share why it has been so difficult for him to fall that completely in love again. His friends and family offer their insight into why they believe the second time around will be totally different.

“The Kissing Bandit,” as Arie was known during Emily’s season, showcased his legendary technique, but not every Bachelor’s kiss is as sweet. The “Worst Kisses in Bachelor History” will be featured.

Check in with the most popular Bachelor and Bachelorette couples for the latest on their love stories. What have Rachel Lindsay and her fiancé, Bryan Abasolo, been up to in Dallas? Evan and Carly Bass, who met, fell in love and got married on “Bachelor in Paradise,” are eager to share exciting news about the upcoming birth of their baby. Fan favorites Sean and Catherine Lowe also have an update on their growing family. Finally, new parents Jade and Tanner Tolbert will introduce their baby girl to Bachelor Nation.

A special sneak peek at the women who hope to capture Arie’s attention and his final rose will be presented, as well as an exclusive preview of this season’s romance, tears and dreams of true love as Arie takes the wheel to start the journey to find his soul mate.

Hosted by Chris Harrison, The Bachelor: Countdown to Arie is a production of Next Entertainment in association with Warner Horizon Unscripted & Alternative Television. Mike Fleiss, Elan Gale, Bennett Graebner and Nicole Woods are the executive producers. “The Bachelor: Countdown to Arie” is broadcast in 720 Progressive (720P), ABC’s selected HDTV format, with 5.1 stereo surround sound. A parental guideline will be assigned closer to the airdate.”

Are you excited for the return of The Bachelor? Tell us what you think.

I will probably watch but it is getting old. I dont like some of the woman, it starts to seem too high school for me. I would like to see any
‘older’ group I would be on it!!!