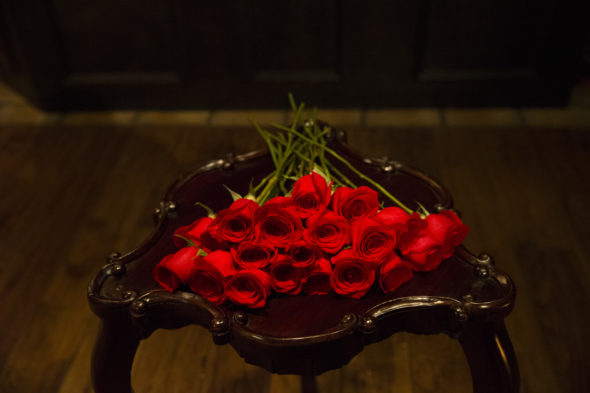 Does the 22nd season of The Bachelor TV show on ABC set your heart racing? As we all know, the Nielsen ratings typically play a big role in determining whether a TV show like The Bachelor is cancelled or renewed for season 23. Unfortunately, most of us do not live in Nielsen households. Because many viewers feel frustration when their viewing habits and opinions aren’t considered, we’d like to offer you the chance to rate all of the season 22 episodes of The Bachelor below.

An ABC dating reality TV series hosted by Chris Harrison, season 22 of The Bachelor features 36-year-old race car driver, Arie Luyendyk Jr., as he meets, courts, and weeds out 29 potential “soul mates” in his quest for “true love.” Luyendyk was previously a runner-up suitor in the eighth season of The Bachelorette, during the summer of 2012, but while Emily Maynard selected Jef Holm, that couple reportedly broke up before the year was out. Whether or not Arie will cross the finish line smelling like a rose remains to be seen.

What do you think? Which season 22 episodes of The Bachelor TV series do you rate as wonderful, terrible, or somewhere between? Should ABC cancel or renew The Bachelor for a 23rd season? Don’t forget to vote, and share your thoughts, below.

I like the Bachelor, Bachelorette, Bachelor in Paradise and now the Winter Games!!! Please keep the show on!!!

ABC, please, please (!!) stop with the sleaze!! Ever since the ‘Andi/Nick’ season, the show has become more akin to watching Jerry Springer… During the first 10+ seasons, the Bachelor/ette didn’t kiss any of the contestants until the one-one-dates. Now, they have their tongues down each other’s throats the first night. And the producers should NEVER have let Andy & Nick have sex before the Fantasy Suite!! Not only was it sleazy (grunts & groans from behind the door), but SO unfair to the other contestants that had a small measure of class. Put romance & class back into this… Read more »