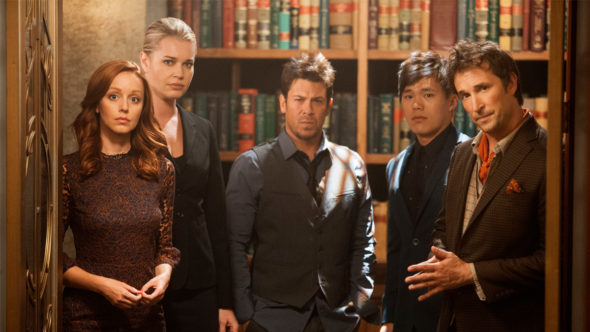 The Librarians will be back sooner than expected. Today, TNT announced season four’s premiere date has been moved up week.

Season four of The Librarians will now premiere on TNT on December 13th at 8 p.m. ET/PT.

What do you think? Do you watch The Librarians? Are you excited for the new season?

Love this show. Been waiting for the new season. Have never missed an episode.

Love this show! My daughter introduced me to this series and it’s something we can watch together . We watched all 4 seasons and episodes that’s out like in one weekend.. I hope there will be a 5th season and I hope Flynn comes back with a good explanation lol

All of these actresses and actors are a team and the pull off the story line like pros. Keep up the good work. We never miss an episode.