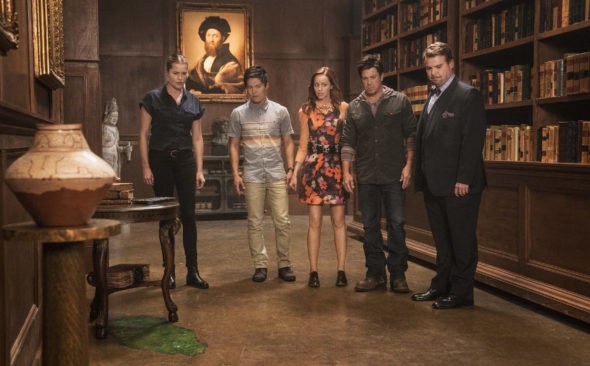 The magic is gone, at least for now. TNT has cancelled The Librarians TV show after four seasons. On Twitter, executive producer Dean Devlin confirmed that he had just received a call confirming the cancellation. However, a glimmer of hope remains. Devlin said he will, “…immediately begin the process of trying to move the show elsewhere,” and asked fans to keep their fingers crossed.

A TNT fantasy-adventure drama, The Librarians stars Rebecca Romijn, Christian Kane, Lindy Booth, John Harlan Kim, and John Larroquette, with Noah Wyle recurring as veteran librarian, Flynn Carsen. Like the film franchise, the TV series centers on the ancient organization dedicated to safeguarding an unknowing world from the secret, magical reality hidden all around. The librarians serve as the protectors of the world’s mystical treasures.

The Librarians Cancelled After Four Seasons on TNT

Check out Devlin’s tweet, as well as tweets from stars Christian Kane, and Lindy Booth.


Just got the official call. TNT has cancelled #TheLibrarians – I will immediately begin the process of trying to move the show elsewhere. Please keep your fingers crossed for us!


Well…. RT @Dean_Devlin: Just got the official call. TNT has cancelled #TheLibrarians – I will … https://t.co/iisRbdCmke


sad news guys… we are all just as devastated as the fans. here’s hoping it’s not the end, but if it is…thank you all for four amazing years! #TheLibrarians https://t.co/y2WNXLXA7Z

The Librarians: A Look at the Ratings

The fourth season of The Librarians averaged a 0.29 rating in the 18-49 demographic and 1.45 million viewers. Compared to season three, it was down by 38% and 20%, respectively. From that perspective, the cancellation makes sense.

Among the eight first-run scripted TNT TV shows we’re currently tracking, The Librarians ranks fourth in terms of its demo ratings average and drops to fifth in terms of average total audience. Running in the middle of the pack after four seasons is still respectable. However, in the last year or so, TNT has been repositioning itself as the home of edgy, grittier drama. The Turner-owned cable network even cancelled Major Crimes this year — its number one show. Like that procedural, it seems like The Librarians is as much a victim of the cable net’s new image, as of Nielsen households. 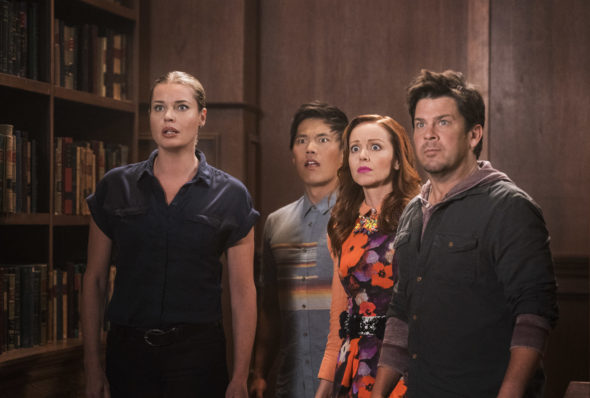 What do you think? Are you a fan of The Librarians TV series? Shoul it have been cancelled or renewed for season five on TNT? Sound off, in the comments.

With the demographics shifting to older adults, perhasps “rating gurus” should move away from the 18-49 age group and survey who actually watches TV [and not video games]. We loved this show! The dichotomy of characters is great; it’s clean fun, comedic adventure with amazing trivial information on the rest of the world, perhaps sparking young readers to explore history, geography and anthropology. Not a bad goal for TV?

There has to be more season. It is the greatest show made. I was devastated to hear tnt canceled it. It brought inspiration to a lot of people. As a gan I implore you please make more