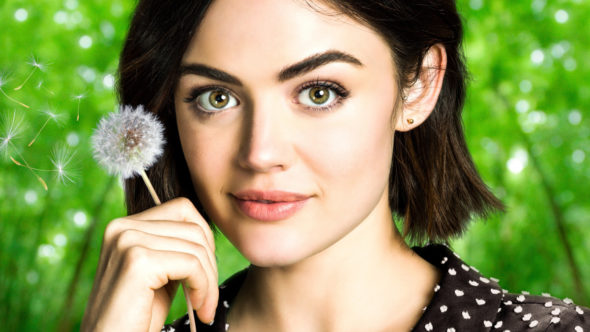 TV show description:
A comedy-drama from creators Erin Cardillo and Richard Keith, the Life Sentence TV show centers on Stella Abbott (Hale). After a lethal cancer diagnosis, Stella spent eight years living her life like any dying young woman might. She did things like face her fears, travel the world, and even married a stranger on a whim.

Once Stella learns she’s been unexpectedly cured, she must start facing the long-term results of her decision to live like there was no tomorrow. In the wake of her good news, Stella learns about a lot of bad news people had been keeping from her.

When they expected her to die, Stella’s family did their best not to burden her with their problems. Now that they’ve removed the kid gloves, she’s shocked to find out her parents Peter (Walsh) and Ida (Vigman) are no longer in love with one another.

Stella has to deal with the knowledge that decisions her father made — like spending their retirement to help Stella live it up — contributed to the breakdown of her parents’ marriage. On top of that, her mom, Ida, has fallen in love with Stella’s godmother, Poppy (Rocafort).

What’s more, Stella’s sister, Elizabeth (Lyons), gave up on her own aspirations in order to please her parents by having children with her husband, Diego (PenaVega), as well as to help with Stella’s care. Meanwhile, their slacker brother, Aiden (Blair) has been using his sister’s diagnosis to get pity dates from women.

When Stella married Wes (Knight), she only expected to live six to eight months. Now that “’til death do us part” could happen much later than sooner, the good looking Londoner isn’t sure he can maintain his perfect husband facade.

As reality sinks in, Stella realizes she must stop living like she’s dying and start living like someone with a whole life ahead of her. As she does so, she also must help her loved ones do the same.

Series Finale:
Episode #13 — Then and Now
After Stella (Lucy Hale) puts her and Wes’s (Elliot Knight) life on social media, they find themselves defending their relationship to the world and forcing them to question what the future holds for them. Peter’s (Dylan Walsh) health scare makes him realize who he really wants to be with. Meanwhile, Aiden (Jayson Blair) doesn’t want to give up on his dream of the bar and clamors to find a solution.
First aired: June 15, 2018.

What do you think? Do you like the Life Sentence TV series? Should this TV show have been cancelled or renewed for season two on The CW?

I hope that another network will pick up this heart warming series. I’ve grown attached to the characters and want to see what will happen next!

This show has a special quality that isn’t on TV anymore. The family actually stick together
thru thick & thin. I’m just an elderly grandmother whose tired of the cop, lawyer , hospital
& crime shows.

One of the most important things I’ve learned from this show is the family – they’ll always be there for you, hold your hands, got you back, and support you no matter what. When the things are going wrong, they help you to make up your mind. They do not take over your battle, but they help you to keep fighting and accomplish it. With family, we bear both pains and laughter together. It’s a place for true love flourish. This show deserved to back on the air. To encourage many people, especially families out there not to give up… Read more »

This is my favorite drama. I am sorely disappointed with the cancellation. I hope another network will pick it up. The writers and actors deserve to go on
They are the best.

Please don’t cancel Life Sentence. This show is my favorite. I’m invested in this show. This show makes me cry, laugh, and have suspense. I was waiting for Stella and Dr. Grant to get together. I’ve got it programmed to record on DVR. I wait all week long to watch this show. I can’t believe your cancelling it. You have to atleast give viewers another season to get into it. Maybe your losing viewers bc there’s not info in each episode. You pay more attention to other characters. The show is about Stella. Please don’t cancel it, just change the… Read more »

No way. Team Wes all the way.

I really wish they didn’t cancel this show, this is one of my favorites, maybe Netflix could pick it up??

There should be a season 2 for life sentence. This is a really good drama tv show.

This show is light, refreshing and well balanced, even with humor. I love the family dynamics. It’s even has the complexity of what modern families are like and how hard it is to be a strong core family supportive of one another; but thats as it Should Be.

This was sad to me. A show with unique story, endearing characters and good writing cancelled with zero effort from the network to save. Moving the show from Wednesday to Friday was an intentional error of judgement.
There are renewed shows on the CW that should go. This one needed a full season for it to be found.

Please do not cancel Life Sentence!! We find a great show with good family values!!

Finally it is cancelled. YEEEEEAAAAAAAH

This needs to be on Disney, not the CW. What is going on with all these terrible new shows? Life Sentence, Dynasty, etc….