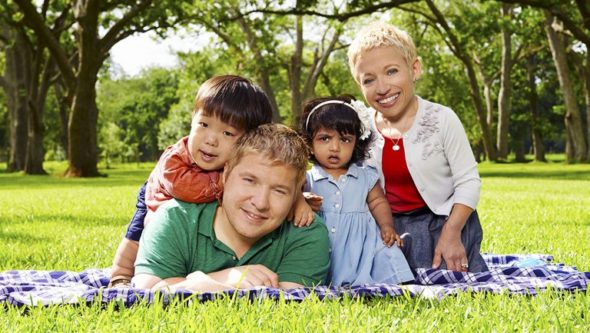 The Little Couple is returning later this month, and the premiere has been expanded. Not only will fans see the one-hour premiere of the series, but there will be a one-hour special before the premiere showing Bill Klein help with Hurricane Harvey relief in Texas.

TLC revealed more about the return of this series in a press release. Check that out below.

“TLC today announced the expansion of the season 9 premiere of hit returning series THE LITTLE COUPLE to a two-hour block on Tuesday, September 19 starting at 8/7c. The supersized premiere will feature a one-hour special following former Houstonian Bill Klein as he heads back to the city to pitch in with the Hurricane Harvey relief efforts leading into the regularly scheduled premiere.

As former nine-year residents of Houston, where THE LITTLE COUPLE initiated filming of the series, Jen and Bill are passionate about helping their beloved former city and everyone who was devastated in the wake of Hurricane Harvey.

In the one-hour special, viewers will hear from Jen and Bill, now living in Florida and evacuating the current storm, as they discuss the effect of Harvey on friends, family and strangers and how they are compelled to help out as much as possible. As Jen stays back with the kids, Bill heads out to Houston with his brothers Tom, a fire chief, and Joe, who has first responder experience, to help out friends and strangers whose homes have been badly damaged, including some who lost all their belongings. Along the way, the trio volunteer to hand out pet food, head to their pet store and interview various residents. Ending up at a pet rescue, where a lot of displaced animals are sheltered, Bill’s brother Tom ultimately adopts a puppy affected by the storm.

“As long-time residents of Houston, we wanted to stand with the city we called home for so many years and do anything we could to help with relief efforts. It was a remarkable and humbling experience for Bill and his brothers to spend time on the ground with fellow Houstonians affected by the hurricane and come to the aid of many of our four-legged friends as well. We hope this special inspires others across the country to contribute as much as they can,” said Dr. Jen Arnold and Bill Klein.

The special will point to how viewers can help by visiting TLC.com/Harvey to donate to the relief efforts. Donations will help Save the Children protect vulnerable children and provide desperately needed relief to families. In the wake of the devastation, Save The Children are working around the clock to provide family-friendly supplies and services to survivors. Donate here or text CHILDREN to 707070 to support rescue efforts.

In the regularly scheduled season 9 premiere episode, airing directly after the Harvey special, Jen is a keynote speaker for a conference in Scotland and the whole family comes along! They visit a scotch distillery, a castle where Will and Zoey feel quite at home, and Bill decides to try haggis…much against Jen’s wishes.

Join the conversation on social media by using the hashtag #LittleCouple, ‘Like’ the show on Facebook, and watch more on tlc.com/littlecouple.

THE LITTLE COUPLE is produced by Discovery Studios for TLC.

TLC is a global brand available in more than 90 million homes in the US and 271 million households around the world. Viewers can enjoy their favorite shows anytime, anywhere through TLC GO – the network’s TVE offering featuring live and on demand access to complete seasons. A destination online, TLC.com offers in-depth fan sites and exclusive original video content. Fans can also interact with TLC on Facebook, Instagram, Twitter, Snapchat and Pinterest. TLC is part of Discovery Communications (NASDAQ: DISCA, DISCB, DISCK), reaching 3 billion cumulative viewers in more than 220 countries and territories to satisfy curiosity and captivate superfans with a portfolio of premium nonfiction, lifestyle, sports and kids content brands.”

Are you a fan of The Little Couple? Will you check out the season premiere? Tell us what you think.

Love. Love this show.such a great family. When is I the coming back on???????

I enjoy watching the little couple.

Little Couple is one of my favorite reality shows……..just love them so much! I hope they continue for many more seasons……I also hope they decide to adopt another child…..they have so much love to give and there are so many children that need a family……

I think the Little Couple family is an inspiration to everyone. The family unit is wonderful and I enjoy the show and am so glad that they are finally back on the air. May God bless them always. Thank you TLC for bringing the show back to us fans.