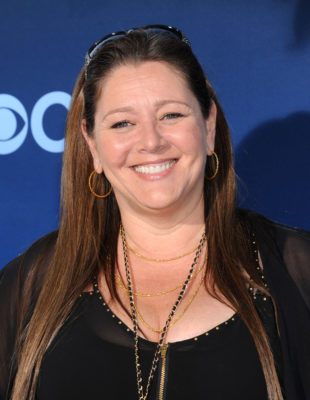 Manheim is joining the cast as the LAPD’s Deputy Chief of Operations after the recent, shocking death of character Russell Taylor (Robert Gossett). Manheim’s character is reportedly being considered as a replacement for Taylor, who served as Assistant Chief of Special Operations.

Manheim will make her debut on Major Crimes in episode 14, which airs later this month.

What do you think? Are you a fan of Major Crimes? Do you think Taylor should be replaced?

How about brimging Brenda Lee back in Taylor’s position? She wouldn’t have to be on every episode, but there was always some tension between her and Raydor. Hmmmmmm? Just sayin’

The death of Chief Taylor was a shock and senseless. I can’t imagine Camerine in this role. She’s too strong a woman and hate to see her go up against Captain Rayder.

Would rather have seen Fritz more of focus.

I really like her, but want focus to stay on Sharon. Love this series.

No thank you for Ms. MANHEIM. She’s not the right type, have seem her in other seried5

Would have preferred Fritz….he doesn’t get enough time and has been on since The Closer. Love this show and the other characters will keep me coming back no matter who replaces Taylor, whom I will miss. Please renew for more……..

replace Mary McDonnell shes a shtty actress!
and this its boring most of the time. i hope this show get cancelled soon and producers give phillip stroh his own show

Frank – this is not the time for sarcasm!

Mary is fabulous on this show. I wish they would put her in the field more.

For Taylor’s spot — Fritzy would be my choice.

Not Caryn wouldn’t be a good fit for this amazing show. Fritz Howard should fill that role. He has been on the show for a long time and doesn’t get enough screen time. This role would be perfect for him.

No, not Caryn, Fritz is the one who should take over for Taylor.

Great show. This season is one of their best if not their best. Brilliant story lines for the opening 5 part story line to this 3 part story line. Mary Mcdonnell is fierce and the cast is top notch, good writing and directing make this one of the very best shows on TV. Not sure about Camryn, but she’s been solid in the shows I’ve seen her in (last was the wonderful PERSON OF INTEREST).

Taylor should be replaced by Agent Fritz Howard!

Not carryon please. She sucks. Keep cutie pie from fbi