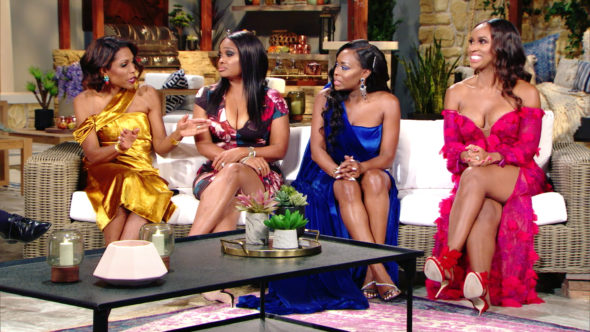 “Can we all agree to hold each other accountable?: Bravo just revealed the premiere date and cast for season seven of Married to Medicine.

Season seven of Married to Medicine premieres on Bravo on September 8th at 9 p.m. ET/PT.

Dr. Jackie is in full renovation mode building a brand new practice, moving into a new home with Curtis and continuing to rebuild their marriage.

Dr. Heavenly and Damon are broadening their medical horizons by opening a surgical center all while keeping the flame in their marriage on high.

Dr. Simone and Cecil are still under one roof and enjoying family life as Cecil takes
on a new title as Dr. Simone’s assistant.

Dr. Contessa is going back to school to get her masters and working to open a new clinic with her husband Scott.

Quad is living her best life and feeling liberated as she works on her inner happy and treating herself.

Toya and Eugene are looking to add a new member to their family along with moving into their new home.

Mariah and Aydin are embracing their children growing up and teaching them life lessons. On the business front, Mariah is working on opening a boutique in her hometown.

Buffie is a new friend to the “Married to Medicine” crew and as the wife of psychiatrist Dr. David Purselle, she takes her MrsMD very seriously.

What do you think? Have you seen Married to Medicine? Will you watch the new season?

Love married to Medicine but the fans are getting sick of Quad why is she still on the show she is no longer married to Medicine. I think it’s unfair to the people that she is still apart of the show we are sick of her drama and her look. And Dr. Heavenly mouth is very disrespectful she do alot of cussing and disrespecting people’s families. Not being professional. It’s time for new face and Quad isn’t it..