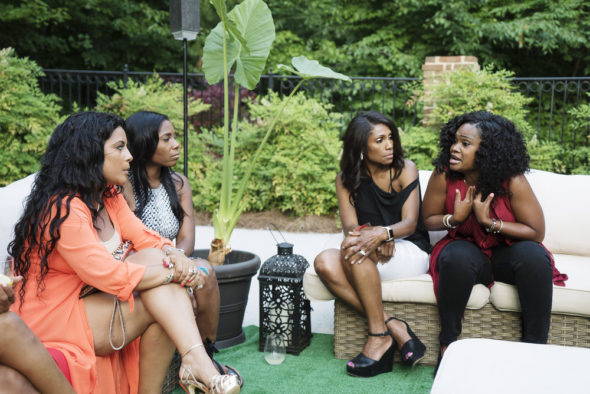 The doctor is back in. Recently, Bravo announced season six of Married to Medicine will debut in September.

Season six of Married to Medicine premieres on Bravo on September 2nd at 8 p.m. ET/PT.

Dr. Jackie and Curtis are on the path to healing their marriage and rebuilding trust, as they are back on the market looking for their perfect home together. Dr. Simone and Cecil have removed the divorce papers off the table, and are working towards moving back in together and being each other’s better halves. Toya and Eugene have put their tax issues behind them, and their love lives back in check. They will celebrate their ten year wedding anniversary, and this year it’s more important than ever. Dr. Heavenly’s dental practice is booming as she continues her spiritual journey and seeks the expertise of an anger management therapist to help her understand her anger. Heavenly believes she not only needs to talk the talk, but also walk the walk. Since last season Quad has moved…into the guest bedroom, and things are progressively tense between her and Dr. G. Quad is also laser focused on her career as a successful talk show host, and feels like there is a wedge between the friendships she once knew with the ladies. Contessa has finally found the balance she was seeking when it comes to raising her kids, but she is also focused on her health and takes careful measures to prevent breast cancer after a family member gets a critical diagnosis. Mariah Huq is back and living her best life. On the home front, Mariah is navigating being a mother to a teenage daughter and taking special care of her marriage with Aydin, but when an unexpected health scare shakes up the family, the couple gets even closer than ever. Will all of these ladies be able to get their personal lives and friendships on track?

What do you think? Have you seen Married to Medicine? Will you watch the new season?