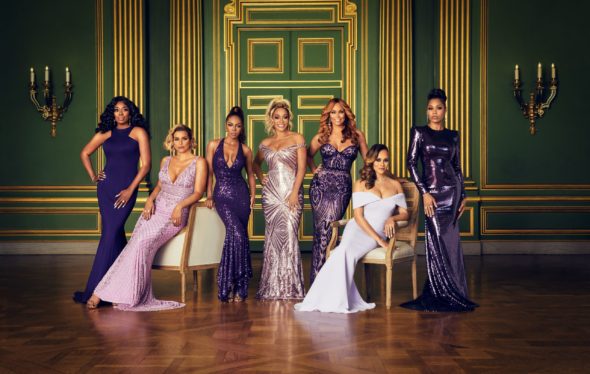 The Real Housewives of Potomac is returning to Bravo for its fifth season, and now fans have been given a premiere date. The series will return with new episodes in May. This season, viewers will see Wendy Osfeo join Gizelle Bryant, Karen Huger, Ashley Darby, Robyn Dixon, Monique Samuels, and Candiace Dillard Bassett.

“Love is in the air as Gizelle Bryant rekindles a relationship with her ex-husband, pastor Jamal Bryant, but her daughters are struggling to accept their new normal, making things challenging for the couple.

Although Karen Huger and Ray are back in Potomac with a beautiful new home, their 23-year “institution” may be in question when Karen discovers that Ray’s feelings for her might not be the same as they used to be.

Ashley Darby and Michael are in heavenly bliss with their new baby, Dean. But just when their relationship gets back on track, their newfound happiness is threatened by news of Michael’s wild night on the town.

Robyn Dixon and Juan have been through hell and back, and after living under one roof with their two sons for six years, Robyn is ready to make things official. Now all she needs is for Juan to make his move or will she make hers first?

Juggling a house with three kids and a new feathered friend is taking its toll on Monique Samuels. The last thing she needs is drama with Candiace, but when a night with the girls gets out of hand, their friendship takes a turn that impacts all the women.

Candiace Dillard Bassett and Chris celebrate their first year of marriage and contemplate adding a baby to the equation. Before Candiace can focus on family matters, though, she must deal with her unresolved issues with Ashley and mounting conflicts with Monique.

Nigerian-American Dr. Wendy Osefo, the newest housewife, is a triple threat as a professor, political analyst, and entrepreneur. She’s been married for nine years and is the mother of three children, including a newborn daughter. Never one to be underestimated, she is full of sass and ready to make her mark in Potomac.”

The series will return on Sunday, May 3, at 8pm ET/PT. Check out the trailer for the new season below.

What do you think? Are you a fan of this Bravo series?