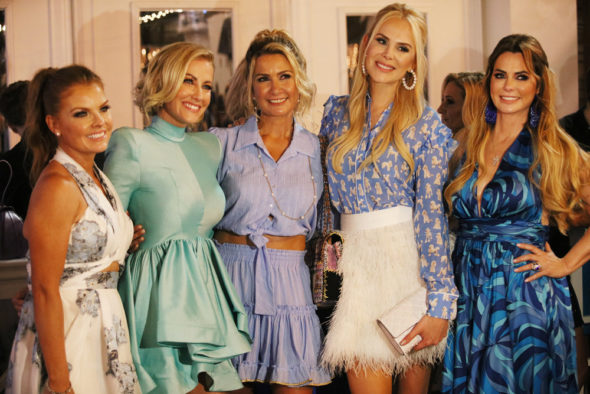 The Real Housewives of Dallas is gearing up for its return on Bravo. A January premiere date for season five of the reality series has been set. It features Brandi Redmond, D’Andra Simmons, Kameron Westcott, Kary Brittingham, and Stephanie Hollman. Tiffany Moon is joining the cast for the new season.

“This season, after years of being a doting mother and wife, Stephanie is eager to return to work and launches her own foundation. When her husband Travis questions her ability to follow through, she sets on a course to prove him wrong.

Still reeling from her past mistakes, Brandi struggles to forgive herself and things get complicated for her when D’Andra’s friend Tiffany joins their circle of friends.

D’Andra struggles to get in touch with her sensitive side and reconcile with a side of her family she hasn’t seen or spoken to in years. In an effort to become a more forgiving person, she enlists the help of a Shaman, but when conflict arises with Kary her new skills are quickly put to the test.

With her house on the market, Kameron is desperately looking for a buyer before her dream house slips away, but her husband Court is keeping her in the dark on the logistics. As she struggles with her husband treating her as an equal partner, she also has trouble connecting with new housewife Tiffany.

In an attempt to heal the wounds left behind by her chaotic childhood, Kary is working on rebuilding her relationship with her mother. Afraid of making the same mistake with her own children, the pandemic has prompted Kary to take a hard look at what is most important to her.

Born in a small town just outside of Beijing, China, Tiffany Moon moved to the United States when she was just six years old. The product of extreme “Tiger Parents,” she graduated college at 19-years-old and medical school at 23, where she finished in the top ten percent of her class. Introduced to the ladies by D’Andra, Tiffany struggles to find the balance between her demanding job as a frontline worker during the pandemic and being a wife and a mother to her five-year-old twin girls.”

The series returns on January 5th at 9pm ET/PT. Check out a preview for season five of The Real Housewives of Dallas below.

What do you think? Are you a fan of The Real Housewives of Dallas? Will you watch the new season on Bravo in January?