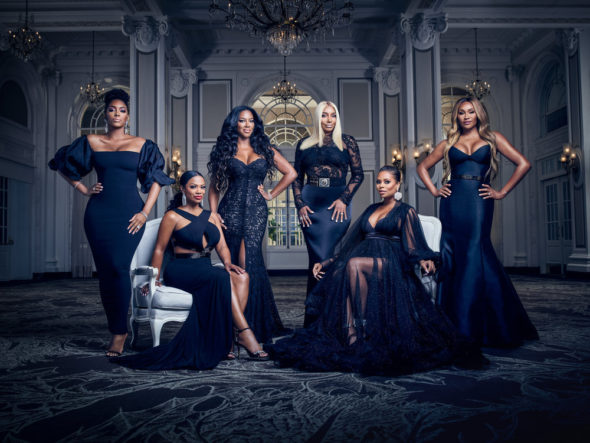 Fans of The Real Housewives of Atlanta get ready! The series returns this November to Bravo with a brand new season, and the premiere for season 12 is set for November 3 at 8pm ET/PT. The cast for the upcoming season features Cynthia Bailey, Eva Marcille, Kandi Burruss, Nene Leakes and Porsha Williams. Kenya Moore is also back on the series after not appearing on season 11 of the reality series.

Bravo revealed more about the new season and what the ladies will be up to this season on The Real Housewives of Atlanta in a press release. Check that out below.

“Busy as ever, Cynthia Bailey is ecstatic to continue building her entrepreneurial empire, opening Bailey Wine Cellar for all Atlanta wine enthusiasts. After a whirlwind romance with her boyfriend, she’s on cloud nine after he made it official, proposing to her in front of all her family and friends. Cautious, but optimistic, Cynthia wonders if she can mend her roller-coaster relationship with friend turned foe Nene Leakes.

Still elated from the wedding of her dreams, Eva Marcille is expecting baby number three, while juggling the ups and downs of her friendships, the challenges of pregnancy, and trying to find her dream home before the arrival of her baby.

Always in high demand, Kandi Burruss’s life shows no signs of slowing down as she expands her empire while expanding her family with the help of a surrogate. Her husband optimistically seeks to open more businesses, but with so many balls in the air, Kandi worries they won’t have time to get everything done before the arrival of their newest family member.

Always moving forward, Nene Leakes has reconnected with her husband, who is now cancer-free, but tensions rise when she is reunited with former friends to hash out past grievances.

Porsha Williams is over the moon about her baby girl Pilar Jhena and couldn’t be more excited to be a mother. Dealing with the aftermath of salacious rumors surrounding her fiancé’s infidelity, she is faced with the cold truth that her happily-ever-after may be on hold until she can figure out where her relationship stands.

Back and bolder than ever…Kenya Moore has finally gotten what she’s always wanted with her husband and baby Brooklyn, but a fairytale ending isn’t always what it seems and despite her best efforts, her roller coaster relationship may be coming to an end. Although motherhood has been kind to her and she enjoys embracing her softer side, she will never walk away from a challenge or shy away from speaking her mind.”

A trailer for the new season has also been released.

What do you think? Are you a fan of The Real Housewives of Atlanta? Will you watch season 12?