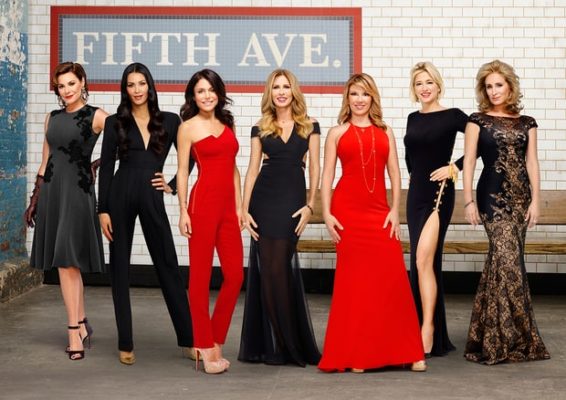 Bravo is headed back to the Big Apple. Today, the network announced The Real Housewives of New York City will return with season 11 in March.

Season 11 of The Real Housewives of New York City premieres on Bravo on March 6th at 9 p.m. ET/PT.

NEW YORK – January 28, 2019 – Bravo Media returns to the city where the drama and fun are always the talk of the town with the premiere of “The Real Housewives of New York City” season 11 on Wednesday, March 6 at 9pm ET/PT. Returning this season are Bethenny Frankel, Dorinda Medley, Luann de Lesseps, Ramona Singer, Sonja Morgan, and Tinsley Mortimer, joined by friend Barbara Kavovit. As the ladies try to pick up the pieces after a tumultuous season marked by loss and struggle, new friendships are forged in the face of change.

This season, after the tragic death of her boyfriend Dennis, Bethenny struggles with conflicting emotions while unexpectedly meeting someone new. Fresh off her second stint in rehab after last year’s relapse, Luann is committed to her new love: cabaret! But will she ever get back on track with Dorinda after being heckled at her debut? Meanwhile, Sonja is embracing her future by finally moving out of her beloved townhouse for a fresh perspective on the city she calls home. Looking for a fresh start, Dorinda moves into an apartment in midtown. But not all change is good, as she is forced to evaluate her friendship with Luann. Always the hopeless romantic, Tinsley is ready for the next step with Scott, but he may not be on the same page. Also on the love train, Ramona continues her search for Mr. Right, even when old flames threaten to throw her off course. And Barbara Kavovit, a good friend of Luann’s who stood by the former countess after her relapse, should fit right in as she is not afraid to speak her mind. Barbara is a successful businesswoman running her own construction company.

What do you think? Are you a fan of The Real Housewives of New York City? Will you watch the new season?