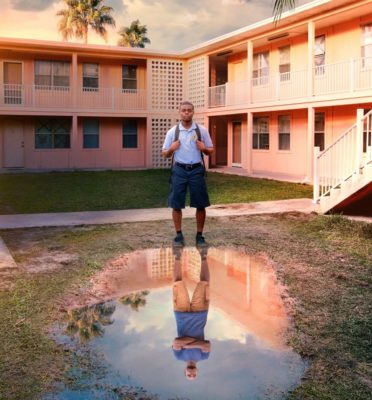 “Keep your head up.” OWN has just released a first look at their upcoming TV show David Makes Man.

From Tarell Alvin McCraney, the drama “centers on a 14-year-old prodigy from the projects who is haunted by the death of his closest friend and relied on by his hardworking mother to find a way out of poverty.”

David Makes Man debuts on OWN this summer. You can take a sneak peek and read more info below:

“David Makes Man” centers on a 14-year-old prodigy from the projects who is haunted by the death of his closest friend and relied on by his hardworking mother to find a way out of poverty. He must choose between the streets that raised him or the higher education that may offer him a way out. Set in South Florida, the series is inspired by events in McCraney’s own life and explores childhood trauma and the power of imagination to survive.

OWN partnered with The Blackhouse Foundation as the Presenting Sponsor for the foundation’s 12th year of programming with the Sundance Film Festival. The Blackhouse Foundation works to expand opportunities for Black content creators by providing pathways to opportunities for minority creatives to learn about the financial, production, marketing and distribution resources that will raise the profile of their content, while also providing participants with a nucleus for continuing support, community and education.

“When we looked at the spectrum of life, we wanted to show it as true as it is today, as it was then. There’s a lexicon of things in our [African American community] that need to be seen and talked about,” said Tarell Alvin McCraney.

“[In this series], we offer a view of humanity. The characters in this show, they’re not all like me… but, I [still] see myself in all of them because that’s what it means to be human,” said Phylicia Rashad.

In addition to the above, the post-reception welcomed a variety of esteemed guests including David Oyelowo, Sanaa Lathan and Storm Reid.”

What do you think? Are you interested in coming-of-age stories? Will you watch David Makes Man?