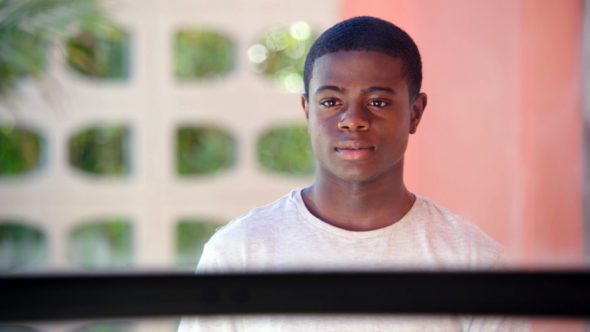 What does the future hold for David? Has the David Makes Man TV show been cancelled or renewed for a second season on OWN? The television vulture is watching all the latest cancellation and renewal news, so this page is the place to track the status of David Makes Man, season two. Bookmark it, or subscribe for the latest updates. Remember, the television vulture is watching your shows. Are you?

The first season of David Makes Man on OWN averaged a 0.09 rating in the 18-49 demographic with 412,000 viewers. Learn how David Makes Man stacks up against the other OWN TV shows.

Will OWN cancel or renew David Makes Man for season two? The series debuted with low numbers for a scripted series on this channel and they dropped even lower. It’s the lowest-rated scripted series on OWN so, unless there’s some other reason to keep it on the air, I think this series will be cancelled. I’ll update this page with breaking developments. Subscribe for free David Makes Man cancellation and renewal alerts.

What do you think? Are you glad that the David Makes Man TV show has been renewed for a second season? How would you feel if OWN had cancelled this TV series, instead?

My feedback regarding Season 2: I feel “David Makes Man” first season left the audience hanging. What happened to Seren, Marissa, Tare, Seren’s stepfather (did that abuser meet a fitting end), and David during his high school and perhaps college years? These questions, as well as others regarding the lives of a few more characters, I hoped would be answered in season two. I would have chosen to deal with the 30-year old adult David in a third season. As it stands now, season two is a jolt–not a smooth enough transition from season one. Bring back the wonderful child/youth… Read more »