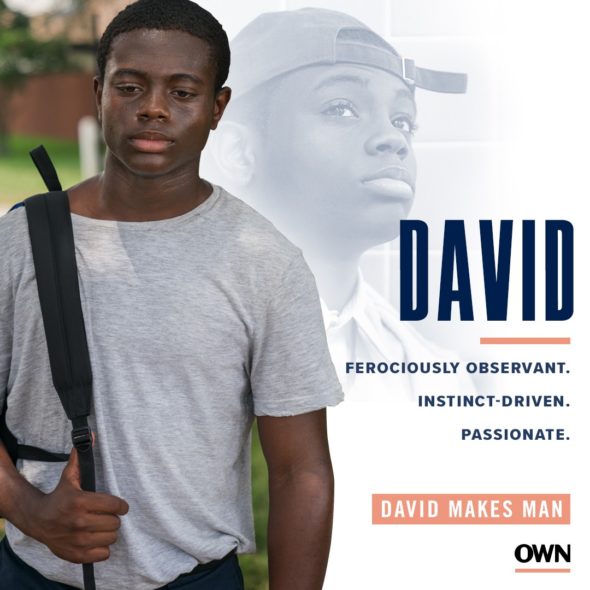 Does the first season of the David Makes Man TV show on OWN make the grade? As we all know, the Nielsen ratings typically play a big role in determining whether a TV show like David Makes Man is cancelled or renewed for season two. Unfortunately, most of us do not live in Nielsen households. Because many viewers feel frustration when their viewing habits and opinions aren’t considered, we’d like to offer you the chance to rate all of the David Makes Man season one episodes here. *Status update below.

What do you think? Which season one episodes of the David Makes Man TV series do you rate as wonderful, terrible, or somewhere between? Should OWN cancel or renew David Makes Man for a second season? Don’t forget to vote, and share your thoughts, below.

I Love this show can’t wait for it to come back on..

I love this show! I keep looking for the date of the new season. It is so touching and opened my eyes. Every actor is played so well. I could go on and on–suffice to say–David Makes Man is my favorite TV show.

Please renew! This is an excellent show! Looking for season 3 please!

I absolutely love this show from day one! I love every aspect about it’s being from the writing to production set and cast. The show so natural and deep!! I’m excited to think of it never have I been moved by a series. It’s an experience to watch and inspires me to write direct and create. Please bring it back!

Please renew David makes man. This show is one of my favorites. The storyline is amazing. This show is what young black men need to see. The meaning is so much deeper. This is the only real black show on geared towards young black men. It’s about time that they get a show that they can relate to and learn something positive from.

This show is a must watch. David is a smart kid with so much to fight. Having a show like this on TV is what’s missing. I started watching it on a whim and have been hooked every since. Please, Please bring back for season 2! There are sooo many questions that need to be answered!

This. Show is a must. It is the best written show on television.

Please Continue David makes Man…I was Sooo Dedicated to watching and keeping up with it! I looked forward to watching this show every Wednesday, Please don’t disappoint Us fans, give David makes Man a Chance to grow. He’s a Intellectual kid with Integrity, I wanna know what’s happened to Seren, I want to see justice served on His abusive Parents. Etc.etc.etc…..Pleeeease

This is an amazing show. I was glued to my television weekly. I am wanting to see this show. I anticipated every week to see how David could manipulate the life he lived at home and the one he had to manipulate at school. This is what you call “must see” TV. The complex lives of all the characters is sometimes riveting, some time sad and you celebrate with them when they are in there own neighborhood. Although a poor neighborhood they are neighbors sometimes nosy and most times neighborly that really look out for each other and their neighborhood.… Read more »

Please greenlight a season 2-7…! I looked forward to watching this show each and EVERY week.

Love the Show I would love to see a Season 2

I would love to see this show back on again. This young man was so intelligent and such a gentleman. I enjoyed coming home after work watching this show. Please, Please, Please bring it back.