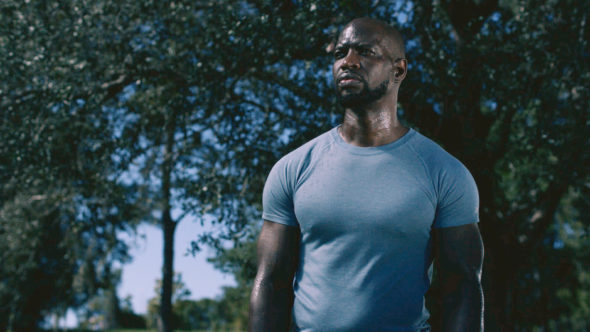 The story of David and his journey continues this summer. OWN has announced that season two of the David Makes Man TV series will debut on Tuesday, June 22nd. There will be 10 episodes once again.

David Makes Man revolves around a young man named David from the projects. He’s haunted by the death of his friend and is relied on by his hardworking mother to find a way out of poverty. In season two, David (Kwame Patterson) is in his 30s and is a rising businessman with an opportunity that could change his life and community. The show stars Patterson, Arlen Escarpeta, Akili McDowell, Alana Arenas, Travis Coles, and Cayden K. Williams. Recurring season two actors include Tony Plana, Brittany S. Hall, Erica Lutrell, Zsane’ Jhe’, Bobbi Baker, Patrice Arenas, Trinity Cidel, Brandi Huzzie, Rodney Gardiner, and Janmarco Santiago.

Here’s more information from OWN, as well as a video teaser:

Season two finds David in his 30s (played by Kwame Patterson, “Snowfall,” “The Wire”), a rising businessman facing an opportunity that will change him and his community forever. The mounting pressure forces David to choose between the instincts that helped him survive or finding a new way to truly live. Production returned to Orlando, Florida and commenced filming in October 2020.

About “David Makes Man”
The Peabody Award-winning series produced by Warner Bros. Television, also received a Critics’ Choice Award nomination for “Best Drama,” a prestigious Gotham Award nomination, and has been named to several critics’ 2019 year-end “best of television” lists. “David Makes Man” premiered to overwhelming critical acclaim in August 2019. The New York Times called the show “deeply beautiful and distinctive” while The Washington Post called it “one of the most original and riveting TV shows this year.” During its first season run, the series ranked #2 in its time period across all cable with African-American women and reached over 4.1 million unique viewers on OWN. Season two fast-forwards and finds David in his 30s (played by Kwame Patterson, “Snowfall,” “The Wire”), a rising businessman facing an opportunity that will change him and his community forever; the mounting pressure forces David to choose between the instincts that helped him survive or finding a new way to truly live. The adult versions of David and his brother JG played by Patterson and Arlen Escarpeta join returning series regulars Akili McDowell, Alana Arenas, Travis Coles and Cayden K. Williams for season two.

Season 1 is available to stream on HBO Max Here.

Brittany S. Hall (“Ballers”) plays ‘Nicole,’ a sophisticated and honest architect who has been dating David but loves her freedom as well.

Erica Lutrell (“Westworld,” “Salvation”) plays ‘Adult Marissa,’ a Miami-based marine biologist, activist, and protector of the land and sea. When her former middle school friend-turned-nemesis further threatens the ecological balance of South Florida, Marissa sets out to prove that corporate greed is toxic for everyone.

Zsane’ Jhe’ (“Good Trouble,” “Black Lightning”) ‘Adult Shella,’ an entrepreneur extraordinaire. She leads the charge for the residents of The Ville in the fight against the real estate redevelopment company trying to gentrify their homes.

Patrice Arenas (“Celestial”) plays ‘Denise,’ an office assistant at the Edwards Firm (where David works). She keeps things moving at the office while also learning the moods and tempo of her boss.

Trinity Cidel plays ‘Trenise,’ the gifted daughter of David’s brother, JG. She is calm, introspective, and more like her uncle David than her own father.

Brandi Huzzie (“The Demon in the Dark”) is cast as ‘Trisha,’ the long-time girlfriend of JG and mother of his child. Together they raise their daughter Trenise.

Rodney Gardiner (“The Warriors”) plays ‘Corey Roberts,’ a Miami district commissioner and politician. Corey offers to work with David and Joe to help push their Ville redevelopment project, but they will have to do it his way.

What do you think? Have you seen the David Makes Man TV series? Are you planning to watch season two of this OWN show?