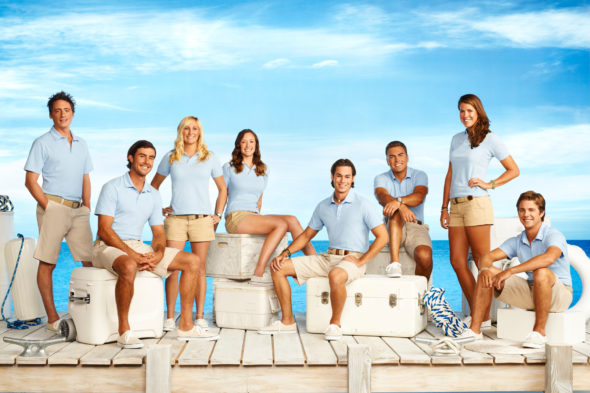 Bravo is back on the high sea. The network just announced the premiere date for season seven of Below Deck.

The new season of the reality series will see “Captain Lee, Kate and Ashton reunite as a team and embark on an exciting new season in Thailand on mega yacht ‘Valor.'”

Season seven of Below Deck premieres on Bravo on October 7th at 9 p.m. ET/PT.

ALL ABOARD FOR BRAVO’S “BELOW DECK” SEASON SEVEN PREMIERING ON MONDAY, OCTOBER 7 AT 9 PM ET/PT

· Captain Lee, Kate and Ashton reunite as a team and embark on an exciting new season in Thailand on mega yacht “Valor.”

· After his brush with death last season and promotion to bosun, Ashton’s work hard, play harder persona is at an all-time high. While his leadership on deck holds strong, Ashton struggles below deck to keep his emotions in check after the crew gets an unexpected surprise that rocks Ashton to his core.

· Chef Kevin’s high standards and strict rules for the kitchen and service clash with Kate’s stew style, leading to fiery confrontations in the galley.

· Kate tries to foster a productive work environment for her team, but when Simone feels favoritism to Courtney the stews go head-to-head.

· When Abbi is unable to adapt to the high demands of yachting, Brian and Tanner are forced to pick up the extra work.

· Brian, Ashton, Tanner, Simone, Courtney and Kate all find themselves in and out of love on the boat, resulting in love triangles and heartbreak.

· With one demanding charter group after another, the crew is tasked with entertaining playboys and party girls this season; but after a shocking departure, the teams must band together to welcome back a crew member from seasons past.

What do you think? Do you watch Below Deck? Are you excited for the new season?

Won’t waste a minute on this garbage.