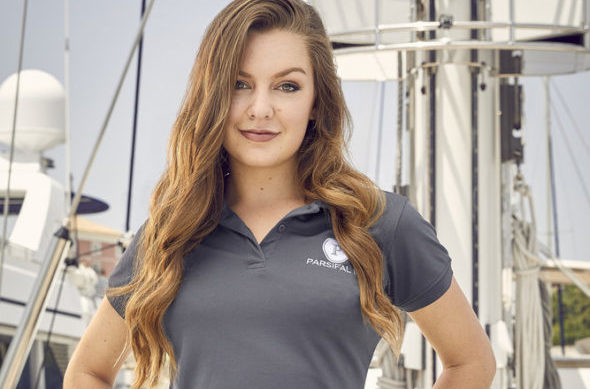 Get ready to go below deck once again. Bravo is releasing Below Deck Sailing Yacht to the network in February. This series will join Below Deck and Below Deck Mediterranean on the network. Below Deck is currently airing on Bravo on Monday nights, and it is a hit with the network’s viewers.

Bravo revealed more about the new series in a press release. Check that out below.

“Bravo sets sail on the newest iteration of the highly rated and acclaimed original franchise with Below Deck Sailing Yacht premiering Monday, February 3 at 9pm ET/PT. Trading in the motor yacht famed on Below Deck, this series is set on a luxury sailing yacht with a new crew and equally demanding charter guests looking to follow the wind as they cruise along the crystal-clear blue waters of Corfu, Greece. Chef Adam Glick from Below Deck Mediterranean returns to the galley aboard the180-foot-long sailing yacht Parsifal III.

Below Deck, currently in its seventh season and airing on Monday nights at 9pm ET/PT, is pacing to deliver its best season ever among P25-54 with 1.5 million viewers and 2.5 million total viewers. The second installment of the franchise, Below Deck Mediterranean has posted the largest P18-49 ratings growth of any television series that’s been airing for the last four years, and is one of only three series across all of television with three consecutive years of P18-49 growth.

On Below Deck Sailing Yacht, Parsifal’s existing crew Captain Glenn Shephard and yachtie couple Paget Berry and Ciara Duggan, are joined for the charter season by Chef Adam, Jenna MacGillivray, Byron Hissey, Madison Stalker, Georgia Grobler and Parker McCown. When the sails are up, the crew’s already difficult job gets tougher as they must contend with maneuvering the sails in high winds and adapting to the steep tilt of the boat, all while troubleshooting the needs of the guests and any issues that may arise. Constantly at the whim of the wind, it’s a sailing lover’s paradise and getting there is part of the fun as they visit the colossal cliffs, explore the breathtaking sites and the beaches in the sun-drenched Ionian Sea.

The physicality of working on a sailing yacht brings new challenges to these young, attractive and adventurous yachties who are ready to work hard and play harder. Below deck, tensions between the crew are amplified by the conditions of working aboard a sailing yacht which has a sleeker design than their motor yacht counterparts, with a smaller galley, almost non-existent stew stations and cramped living quarters. And while two yachties start a roller coaster romance so intense that it might sink the yacht, resident couple Paget and Ciara’s existing relationship gets pushed to new boundaries.

Now I know why that darn bleep is alone,how dare she sees a beautiful couple that have a good thing going on and you’re going to confront the woman and tell her she has feelings for her boyfriend,if she comes back on the show I will not watch it! Kuddos to the guy that held his place,but I wonder for how long??She is a low down no class woman I would like to call her something else,there goes the voice she had for singing,put all that aside and you do have a low down no good for nothing HO!!!!’

No ! No ! Sorry this is the most painful thing to watch in the history of tv .. it’s like mamas family

Can not wait to see the new series. I just love all the Below Deck series. I also get to see the different parts of the world. If I ever had a chance to be on one of the yachts, it would be with Capt Sandy!