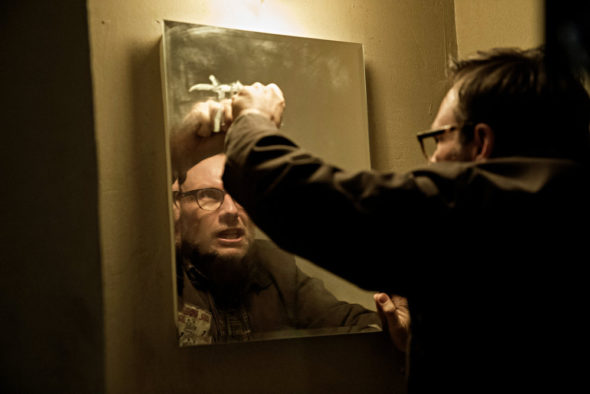 Don’t worry about cancellation. USA Network has renewed its Mr. Robot TV show for season four. Although the cable net hasn’t yet issued a press release, creator Sam Esmail has announced on social media that the fourth season is a go. The news has also been confirmed on the series’ Twitter account. The Mr. Robot season three finale airs tonight, on USA.


We have plenty more battles to fight. #MrRobot has been renewed for season_4.0. pic.twitter.com/ApsEvY6Ofl

Mr Robot: A Look at the Ratings

The third season of Mr. Robot is averaging a 0.22 rating in the 18-49 demographic and 538,000 viewers. Compared to season two, that’s down by 27% and 28%, respectively. In other words, the renewal was not a given. Mr. Robot ranks seventh in terms of its demo numbers and eighth in total viewership, out of the USA Network TV shows we’re tracking.

What do you think? Are you still a fan of the Mr. Robot TV series? Did you think USA would cancel or renew it for season four?

While I don’t love the intense violence, Rami’s mesmerizing performance and the show’s stunning creativity more than keeps me glued. I’ve watched the whole show twice on Amazon (and still watching,) and can’t wait for Season 4.

Sadly, after the big reveal in season one, this show has never been the same…..the showrunner taking over all aspects has not been a plus either.

Well, I think this season of Mr Robot was great, despite the ratings. I watched it and I loved it. I just think its audience must be fickle, thought it was canceled or has never seen it. Each season has been really good. I hope the creators keep it up. They have got the best show on for the past several years.

For a Series that has won the Golden Globe for Best Drama Series, a Peabody Award & the Emmy for Outstanding Lead Actor in a Drama Series the decreasing ratings & increased criticism are Absurd. I Enjoy the story of the show Immensely & it’s acting performances, great addition of Bobby Cannavale for season 3. It would be Splendid to see this series make it to 60+ episodes over 5+ seasons, the story Can Grow, Evolve & Progress wider/broader & I think That if the challenge for Esmail & his writer’s.

Good. I definitely think it’s going to be the final season. The ratings are just too abysmal now to justify a fifth season

I agree with you. However, if they can get NETFLIX or someone like that to pick up a chunk of the costs, it might get that 5th season. Does it deserve it? Probably not.

Wonderful news! This season is definitely better than season 2 was. I can’t wait to see what season 4 has in store for us.